This beautiful 17th century villa located in the countryside of Lucca, used to belong to the Mansi family, a very well-known family in the silk trade. The original building dates back to the second half of the 16th century and it has been largely transformed by architect Oddi in the first half of the 17th century. The property was later re-transformed in the 18th century by the architect Giusti, in such a way as to give elegance to the facade, while the transformation of the park by Filippo Juvarra, endowed the villa of elegant green spaces for which it is nowadays famous. The property consists of a main house, stables and farmhouse, for a total of about 53,819 square feet, all being surrounded by a park of about 11.11 acres. The main villa is built on 4 levels with a total of about 22,604 square feet. The basement consists of large reception areas, including old kitchens, lounge, reception and secretary.

On the raised ground floor there is the beautiful living room and adjacent rooms elegantly frescoed. On the first floor there are 8 bedrooms, 6 bathrooms, on the second floor there are 3 bedrooms and 3 bathrooms. The villa has been largely renovated maintaining the original style of that period. The stables and the farmhouse, extending approximately 30,000 square feet, still need to be restructured even if works of consolidation and re-roofing have been already initiated. The large park surrounding the villa is embellished by a large tank called “Peschiera” used for fishing, by a nymph dedicated to Venus, a citrus grove, now abandoned, a beautiful grass-field with old trees and camellias around. The property is on the market for €19 million with Daniela Sprea of Italy Sotheby’s International Realty. 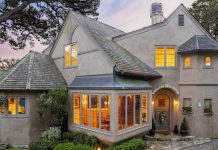 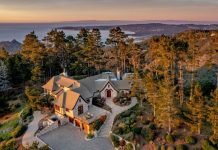 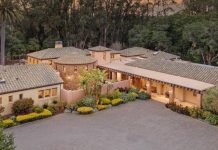 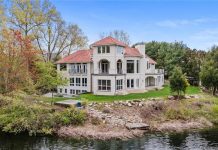 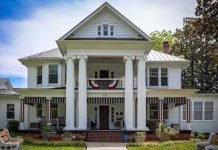