Neuschwanstein Castle is a 19th century Romanesque Revival palace on a rugged hill above the village of Hohenschwangau near Füssen in southwest Bavaria, Germany. The palace was commissioned by King Ludwig II of Bavaria as a retreat and in honour of Richard Wagner. Ludwig paid for the palace out of his personal fortune and by means of extensive borrowing, rather than Bavarian public funds. The castle was intended as a home for the King, until he died in 1886. It was open to the public shortly after his death. Since then more than 61 million people have visited Neuschwanstein Castle. More than 1.3 million people visit annually, with as many as 6,000 per day in the summer.

In 1868, the ruins of the medieval twin castles were completely demolished; the remains of the old keep were blown up. The foundation stone for the palace was laid on 5 September 1869; in 1872 its cellar was completed and in 1876, everything up to the first floor, the gatehouse being finished first. At the end of 1882 it was completed and fully furnished, allowing Ludwig to take provisional lodgings there and observe the ongoing construction work. In 1874, management of the civil works passed from Eduard Riedel to Georg von Dollmann. The topping out ceremony for the Palas was in 1880, and in 1884, the King was able to move in to the new building. In the same year, the direction of the project passed to Julius Hofmann, after Dollmann had fallen from the King’s favour.

At the time of King Ludwig’s death the palace was far from complete. He slept only 11 nights in the castle. The external structures of the Gatehouse and the Palas were mostly finished but the Rectangular Tower was still scaffolded. Work on the Bower had not started, but was completed in a simplified form by 1892 without the planned figures of the female saints. The Knights’ House was also simplified. In King Ludwig’s plans the columns in the Knights’ House gallery were held as tree trunks and the capitals as the corresponding crowns. Only the foundations existed for the core piece of the palace complex: a keep of 90 metres (300 ft) height planned in the upper courtyard, resting on a three-nave chapel. This was not realised, and a connection wing between the Gatehouse and the Bower saw the same fate. Plans for a castle garden with terraces and a fountain west of the Palas were also abandoned after the King’s death.

Neuschwanstein was still incomplete when Ludwig II died in 1886. The King never intended to make the palace accessible to the public. No more than six weeks after the King’s death, however, the Prince-Regent Luitpold ordered the palace opened to paying visitors. The administrators of King Ludwig’s estate managed to balance the construction debts by 1899. From then until World War I, Neuschwanstein was a stable and lucrative source of revenue for the House of Wittelsbach, indeed King Ludwig’s castles were probably the single largest income source earned by the Bavarian royal family in the last years prior to 1914. To guarantee a smooth course of visits, some rooms and the court buildings were finished first. Initially the visitors were allowed to move freely in the palace, causing the furniture to wear quickly. Information found on Neuschwanstein Castle. 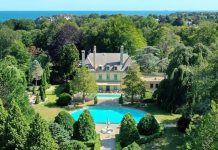 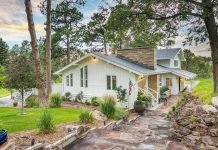