Glavé & Holmes Architecture provided additional details of the project, “The restoration and site design for this project converted a 1897 Victorian residence, the home of Alexander Black, into a museum, gallery, and meeting facility. The new center serves to narrate the story of Blacksburg and functions as a community gathering place. Alexander Black was a prominent businessman, founder of the National Bank of Blacksburg, and the grandson of the founder of Blacksburg. To prevent its destruction resulting from development activity on Main Street, the Alexander Black house was acquired by the town in 2002 and moved to its current location. Glavé & Holmes Architecture (G&HA) restored the exterior of the building to its late-nineteenth-century appearance and made necessary modifications and additions to the structure to provide for its new function as a museum and cultural center. The general design approach was to preserve historic fabric wherever possible. Interior reconfiguration of the original core was minimized, historically inappropriate modifications were removed, and a new contractual rear addition was constructed to provide for accessibility and egress to and from the two principal floors. Archival photographs, research, and data were used to determine the historic qualities and original existing materials were utilized as were feasible. The Town of Blacksburg successfully merged its resources with a private non-profit foundation to preserve a piece of local heritage for the community. The resulting project is pursuing LEED-Silver certification and is an excellent example of a public-private partnership.” 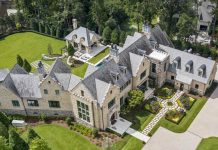 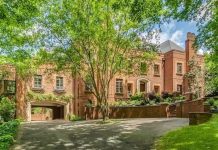