Originally designed in 1946 by John Carl Warnecke, this 8,000 square foot riverfront oasis, remodelled in 2013, is on the market for $5.55 million CAD in Banff, Alberta. Listing details: An oasis along the Bow River in Banff; once a generation a home of this significance becomes available in Canada’s first national park. The grandeur of the Canadian Rockies is embodied throughout this private mountain estate; showcasing materials and craftsmanship sourced both locally and globally. Upon entering through the private gates, you are drawn through the front entry to the open great room and luxurious kitchen. Centerpiece to the kitchen is the stunning LaCornue gas range. The main living space of the home looks out to the landscaped gardens to the river and to the mountains beyond. Meticulously remodelled since 2013 this home was originally designed in 1946 by John Carl Warnecke; designer of the JFK eternal flame gravesite in Arlington National Cemetery.

The site is where Tom Wilson, credited as the first white explorer to see Lake Louise, had his homestead. A home for living and entertaining with over 8,000 square feet of living space; six bedrooms, six bathrooms, games room, golf simulator, gym, sitting rooms, gallery space and a triple car garage a space for gathering has been created just steps to Banff Avenue. Privacy is ensured by the bespoke rundlestone fence, landscaping and positioning of the lot. An opportunity that is rarely presented to own a piece of history in one of Canada’s most special places. The property is on the market for $5.55 million CAD with Christopher Vincent & Laura Wright of Sotheby’s International Realty Canada. Take the 3D Matterport tour! Photography by SonaVisual. 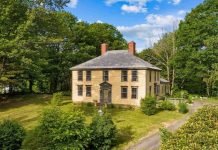 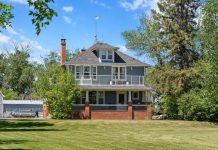 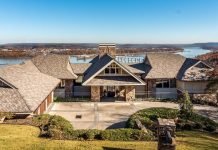 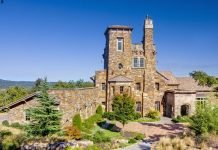 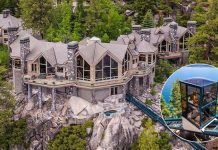 Inside a $64.5M Lake Tahoe Dream Retreat with Two Funiculars 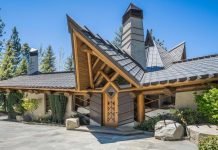