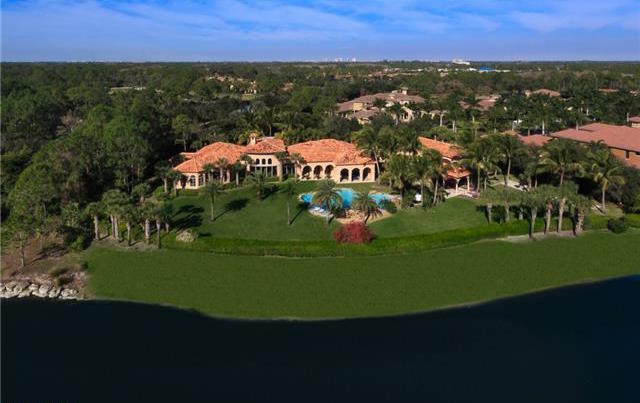 Misleading representation is nothing new when it comes to the world of real estate.  The goal is to get as many buyers in the door as possible and sometimes that means you need to stretch the truth, but at what point does it become too much?  In early 2013 an agent in Vancouver was scrutinized for posting a set of fully 3D rendered images depicting a palace listed at $37.9-million, the only problem is that the palace was not included in the price and instead a 1960s teardown was. That brings us to this beautiful 7,000 square foot Naples, Florida home on a 1.63-acre estate.  Something seemed a little off with the ‘feature image’ on the agent’s website so we decided to do a little digging.

Lo and behold the photographer of the property created a high resolution slideshow including the original image which reveals that the agent of this multi-million home has quite poorly covered up the patchy rear yard and even altered the water’s edge.  This is a big no no in real estate. Photoshopped grass never fooled anybody.  While real green grass may have looked better, the original real listing photo is still beautiful!  The water’s edge is natural and is exactly what a buyer would expect, instead the agent has opted for that Sim-like look.  I wonder how much $5,990,000 is in Simoleons? 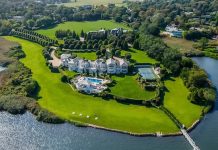