This charming Arts and Crafts cottage just minutes from the Cranbrook Academy of Art in Bloomfield Hills, Michigan was designed by architectural firms Ike Kligerman Barkley and Thomas Sebold & Associates. The home sits on a park-like estate with formal gardens and mature trees overlooking a large pond. One of the interesting things about this particular home is that is barrier free and entirely handicapped accessible. Architects Ike Kligerman Barkley says compliance with ADA rules did not hinder the design and that it’s nearly impossible to tell that his house is designed to those standards. It was designed for an owner who is confined to a wheel chair, there are no steps at the house entrances and the change in elevation from outside to inside is one inch. Ike Kligerman Barkley notes that all the doorways are at least three feet wide allowing an electric wheelchair to pass through with ease. The brick and limestone house was developed for Eugene and Marcia Applebaum by Ike Kligerman Barkley and Thomas Sebold & Associates. Eugene passed in December 2017 at the age of 81. The couple were well known philanthropists in the Michigan area, in 1998 they donated $5,000,000 to Wayne State University, his alma mater. According to Patch, in 1999 the couple made the largest capital gift Detroit’s Jewish community had ever received. The donation was used to expand and update the community campus in West Bloomfield. In 2014 Marcia and Eugene Applebaum were awarded the Max M. Fisher Award for their outstanding philanthropy. Eugene generated his wealth by founding Arbor Drugs, with his partner Bruno Manni, in 1963 and over 35 years grew the chain into one of the nation’s largest drug stores with 207 locations in southeastern Michigan. CVS purchased the company in 1998 for a reported $1.48 billion. As for the home, Ike Kligerman Barkley said, “The rich and meticulously detailed interiors of molded plaster, walnut, white oak, limestone, bronze and hand blown glass give new life to the house’s English roots which flourish in a carefully constructed composition.” Photography by Peter Aaron/Esto Photographics, Inc. 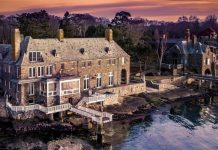 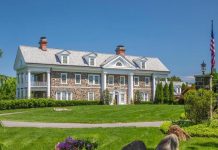 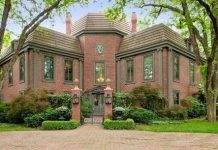 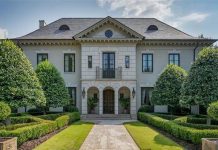 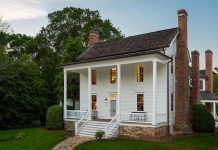 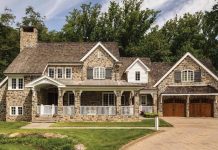