A Canadian architectural monument on a sprawling 67 acre oceanfront estate on Vancouver Island has dropped to less than half of what it was listed for in 2016. The 10,700 square foot residence was designed by Marko Simcic of Simcic + Uhrich Architects in 2006 at a cost of close to $22 million. The Times Colonist reported that it last sold in 2012 for a little under $5 million and was most recently listed in 2016

for $28.8 million. Perhaps the owner has been brought back down to reality, as it was recently reduced to $13 million, a figure less than half the 2016 asking price. According to its award-winning designer, Marko Simcic, the residence is “sustainably entwined” with its site in the heart of one of Canada’s most endangered natural ecosystems—the Garry Oak savannah. “The existing context was extensively researched so while the house siting was amid the oak grove, a concrete armature rooted the structure clear of the critical root zones. The cantilevered floors branched outward from this core, meeting up at various points with the tree canopy.” Among some of the unique architectural elements is a reflecting pool that runs nearly the entire length of the residence. This feature, according to the Huffington Post, is a hydrothermal system that powers the home by drawing water from the Canyon River. Additional features include a gorgeous semi-covered outdoor pool, six exceptional bedroom suites, eight bathrooms and a gourmet kitchen. Panoramic views of 1,400 linear feet of shoreline and private beach are amplified by spectacular ocean views backed by the rugged Olympic Mountain range. A boat house integrated into the structure, with mechanical launch directly to the sea makes setting sail a breeze, while worldwide access to home automation controls allows residents to remain connected from afar. Also included on the gated property is a caretakers residence, a garage with hydraulic lift, and a tennis/basketball court. The project received a Canadian Architect Award in 2003 and a Lieutenant-Governor’s Award in 2008. It’s on the market for $13 million with Logan Wilson of Sotheby’s International Realty Canada. Be sure to take the 3D Matterport tour here. 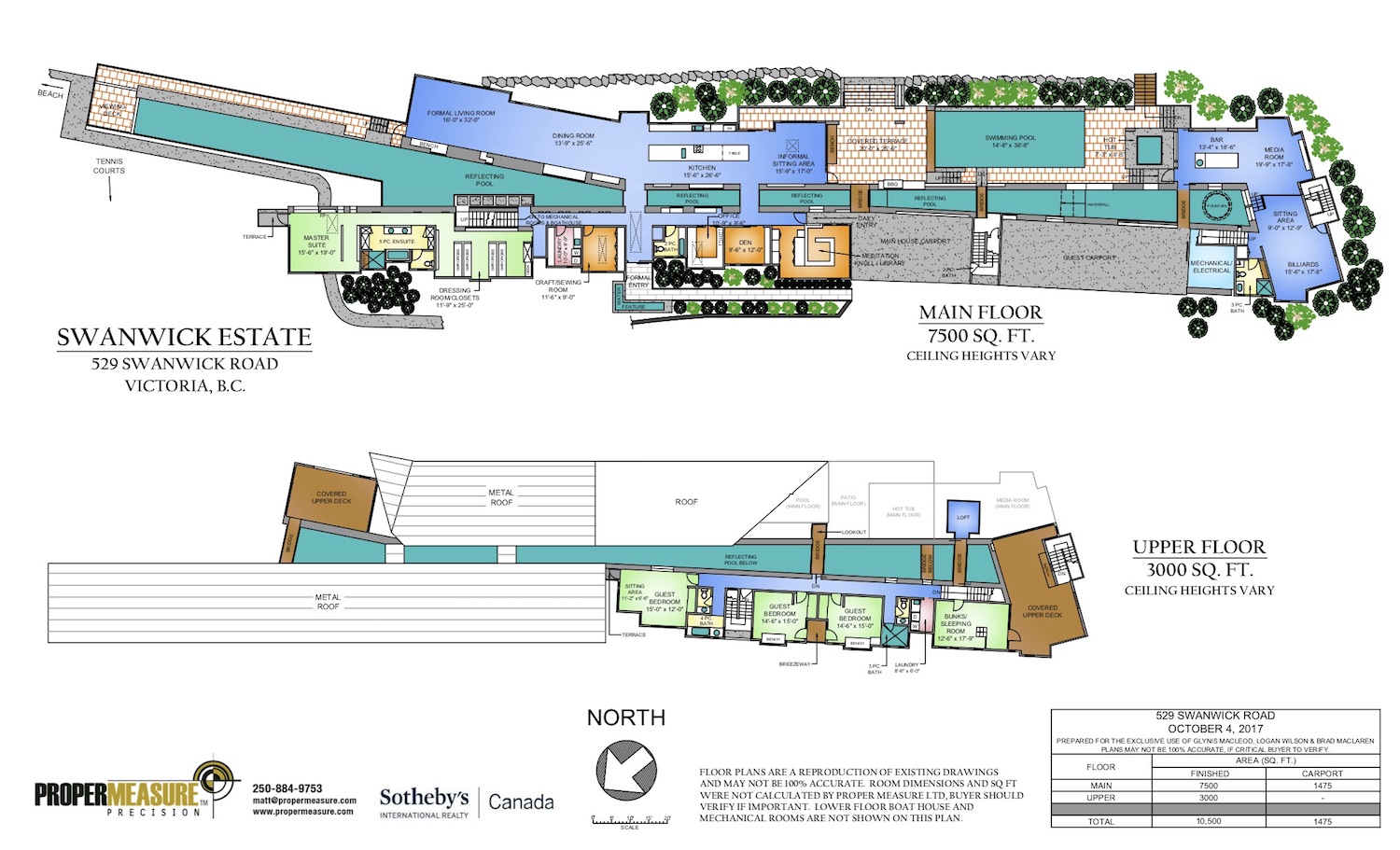 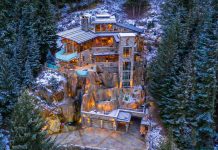 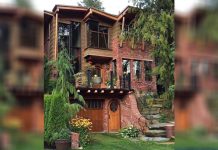 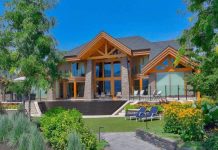 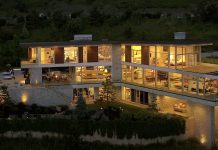 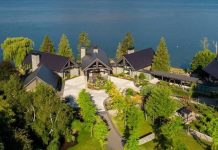