House by house Vancouver’s charming neighbourhoods are being transformed into eery ghost towns for the super rich. Vancouver Vanishes has yet again broken the depressing news about this charmer on West King Edward, which until today, had sat proud on this Vancouver lot for 93 years. The year was 1922 and the Municipality of Point Grey had issued a building permit to builder B. D. Gallagher to construct this charming Henry Holdsby Simmonds designed Tudor for Mrs. A. Perry. Sadly somewhere between 1922 and 2015 the care for architectural history was lost – at least in Vancouver. An old listing from mid-2013 describes the home as a ‘spectacular entertainer’s dream home’ with ‘high ceilings, extra-large rooms, stained glass windows, bay windows, and a magnificent stairwell.’ The property had been meticulously updated, expanded, & restored leaving little for the new owner to do but move in. The kitchen & bathrooms had all been fully renovated, new plumbing & electrical had been installed, and it also included a two bedroom rental suite to help with the mortgage. Based on some mid-demolition interior shots of the residence by Robert McNutt we can assume some of the home’s architectural details were salvaged while most of the structure will make its way to the landfill. It’s hard to believe that a perfectly liveable, updated c.1922 residence could end up this way. Well done Vancouver, you’re the laughing stock of our country. The property had been listed earlier this year for $2,780,00 CAD. Scroll down to see a set of photos showing this gem in all of her glory. Be sure to follow Vancouver Vanishes on Facebook to stay full up to date on Vancouver’s heritage homes. 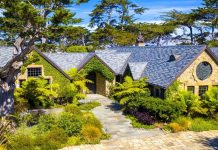 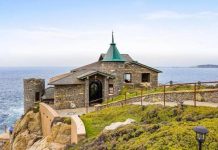 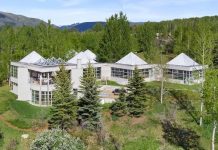 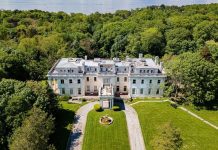