If you’ve seen ABC’s popular drama series Revenge, then there is a good chance you might recognize this East Hampton estate as the fictional Grayson Manor – or at least a version of it. The 11,300 square foot shingle style mansion was designed by Shope Reno Wharton and built in 2001 on a 3.4 acre property along Further Lane. The television show used this property as inspiration for the heavily modified version seen in Revenge. The structure was digitally altered and extended, making it appear much larger with the addition of a conservatory and a multi-storey lookout tower.

Unlike the fictional Grayson Manor, this property is not directly oceanfront but instead comes surrounded by a 45 acre agricultural reserve with control and exclusive use of an adjacent 9.6 acre portion. If it is the ocean you’re wanting, Two Mile Hollow Beach is just an 8 minute walk away! Surprisingly, the show did not use the interiors of this property and instead filmed the pilot in a lovely 7,741 square foot home in Wilmington, North Carolina. Once the series was picked up, a full-scale, nearly identical set was built in a studio. The East Hampton estate includes bright and airy interiors with a gourmet kitchen, formal and casual living room, a formal dining room, den/office and a separate 2 bedroom living area for staff. There are a total of 7 bedrooms and 7.5 bathrooms including a large master suite with dressing room, bathroom and office. The grounds come complete with heated pool, cabana, tennis court and garden. This May will mark five years since ABC’s popular drama series Revenge came to end. The property last sold in 2005 for $12.2 million and was most recently on the market for $28 million. It’s currently listed for $25 million with Compass. 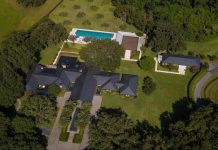 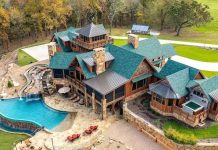 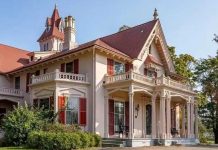 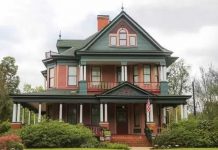 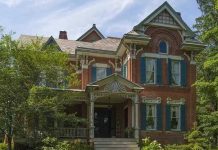