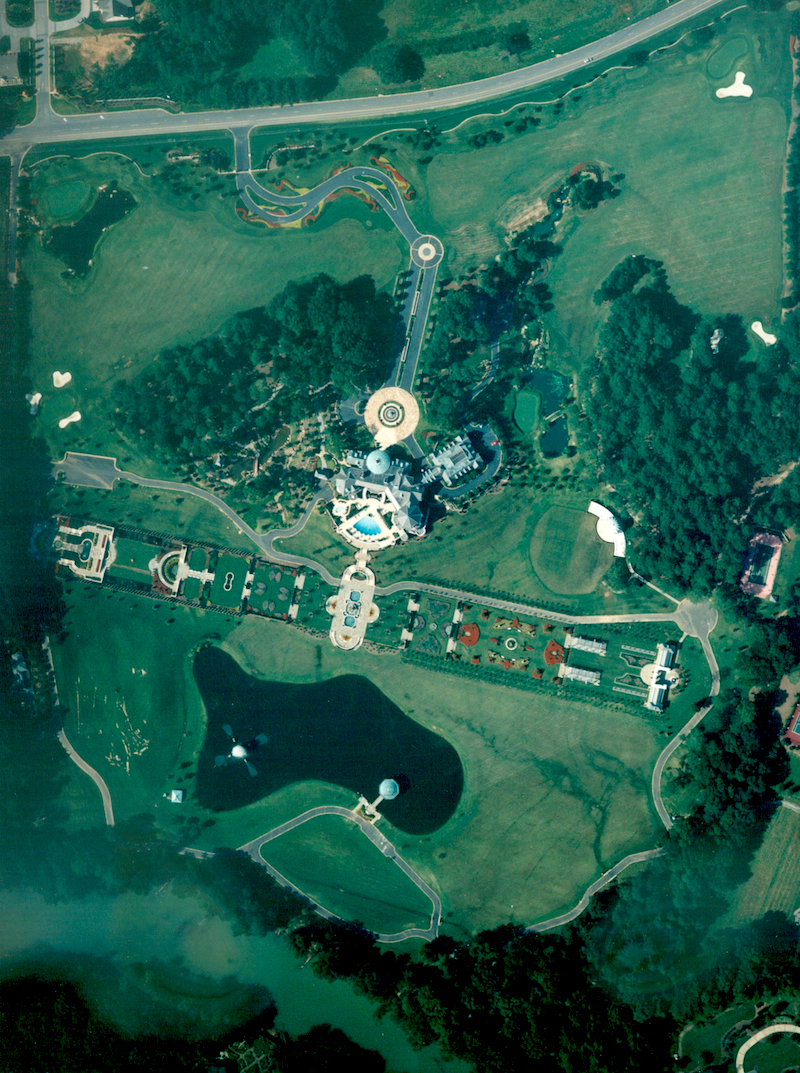 The proposal to transform one of Georgia’s finest private estates into a 74-lot subdivision has been altered in a newly submitted revised proposal.  The original proposal submitted in early January stated that the developer, Lennar Homes, were looking to create a, “Single-family detached development with 74 units.”  The original proposal (below) shows the submitted site plan with 74 units with very few breaks between homes.

The new proposal (below) shows 70 lots with several breaks between homes allowing access to open grass areas.  The entrance to the development has also been moved further West down Old Alabama.

If approved Lennar Homes will raze the 32,000 square foot mansion as well as the extensive formal gardens which were partly modelled after The Butchart Gardens in Victoria, British Columbia.  The mansion was designed & built over four years in the late 80s & early 90s by entrepreneur Larry Dean & wife Lynda for close to $25 million.

The property had previously been listed as high as $40 million which gained interest from Michael Jackson in the mid-90s before selling in the summer of 2010 to entertainer Tyler Perry for $7.6 million.  It had been reported at the time that Perry planned to raze the mansion while keeping the mature formal gardens as a backdrop to a new mansion.  Other features on the property include a 2-acre lake with wedding chapel, a private amphitheatre, an 18-hole, par-72 golf course, caretaker’s house, gardener’s cottage, and helipad.

Inside An Abandoned $40M Garden Estate on 58 Acres in Atlanta, GA (PHOTOS & VIDEO)