A new classical stone manor set low in a valley of hills harkens back to a much earlier period of time. Echoing architecture of Robert Adam and furniture of craftsman Duncan Phyfe, the classically-designed residence is the result of the collaboration of acclaimed architects, designers and builders including Peter Pennoyer Architects, Jayne Design Studio, Robert Bump Construction, LLC and Rhodes Architectural Stone. Jayne Design Studio gave some insight into the design behind the architecture, “All four classical facades of Drumlin Hall were individually designed and relate specifically to the public rooms behind them. In turn, all of the rooms open onto a great central vaulted hall and curved stair. Every space is well proportioned and oriented to the commanding scenes outside. Typically, Georgian Revival rooms of the early 20th-century, interpreted from 18th-century models, were red, blue, or green – like the formal rooms of the White House. At Drumlin Hall, we strove to vitalize the interiors by using historic colour schemes that were less common. The pink found in the carpet and upholstery and the pale yellow on the walls of the formal drawing room are prominent examples.”

The exterior is made of Silk Road Sandstone while the base is Golden Dune Granite. The interiors are elegant yet comfortable and include a world-class collection of American furniture and paintings dating from the 18th century to the early 1930s. Many of the patterns used in drapery and carpeting throughout the residence are modelled after materials dating to the mid-1800s. There is a handsome panelled library furnished with comfortable upholstery, a breakfast room encircled by French doors with a view of the countryside and a vast vaulted second-floor gallery between guest suites. There is also a green gun room off of the entrance vestibule which includes a lovely cabinet by master furniture maker Harrison Higgins – who also built many other prominent pieces of furniture found elsewhere in the home. The project is also the winner of the 2012 Stanford White Award for Excellence in Classical and Traditional Design. Scroll down to take a full tour of Drumlin Hill! 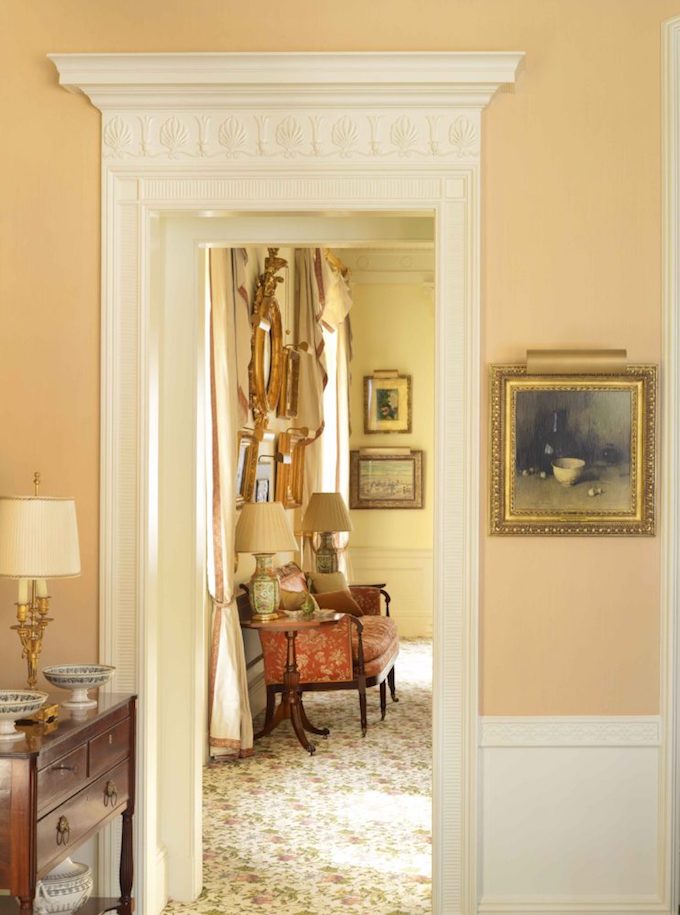 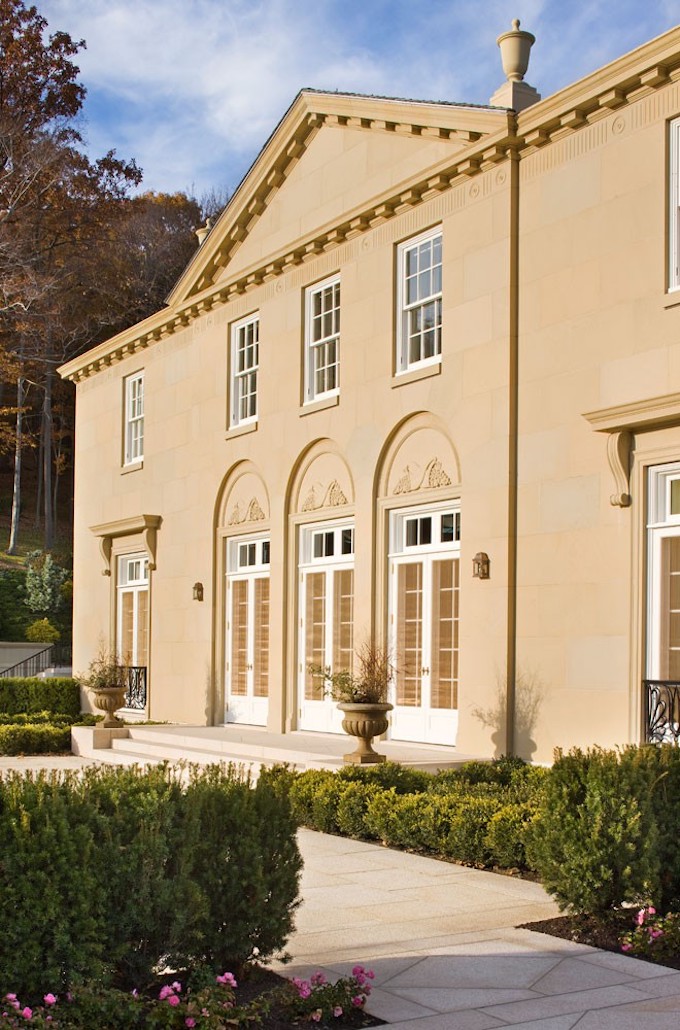