With six levels, it encompasses over 20,000 interior square feet including the 3,400 square foot basement with windows in the front and rear, and approximately 2,650 exterior square feet on the roof terrace from which there are excellent views north and south as well as of Central Park. The massive 40-foot-wide kitchen in the front has four windows across and almost every cooking appliance known to a chef. Two 40-foot-wide bedrooms could be converted to four or more bedrooms. There is also a massive master bedroom suite with an equally large sitting room and two full baths. The lower level includes a swimming pool, two saunas and full bath. Additional features include a heated sidewalk for automatic snow removal, heated onyx marble floors in the entry hall, water filtration throughout the house, exceptional lighting system and a security system with multiple cameras. The mansion has been on and off the market since 2013 for as much as $114 million. According to Business Insider, it’s currently owned by Florida Panthers owner and billionaire Vincent Viola who paid $20 million in 2006. It’s on the market for $79 million with Paula Del Nunzio of Brown Harris Stevens. 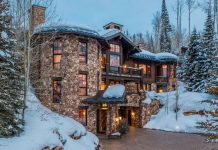 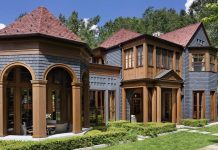 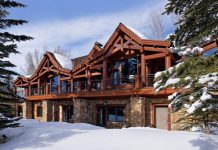 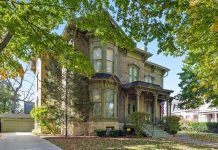 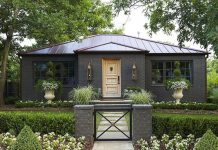