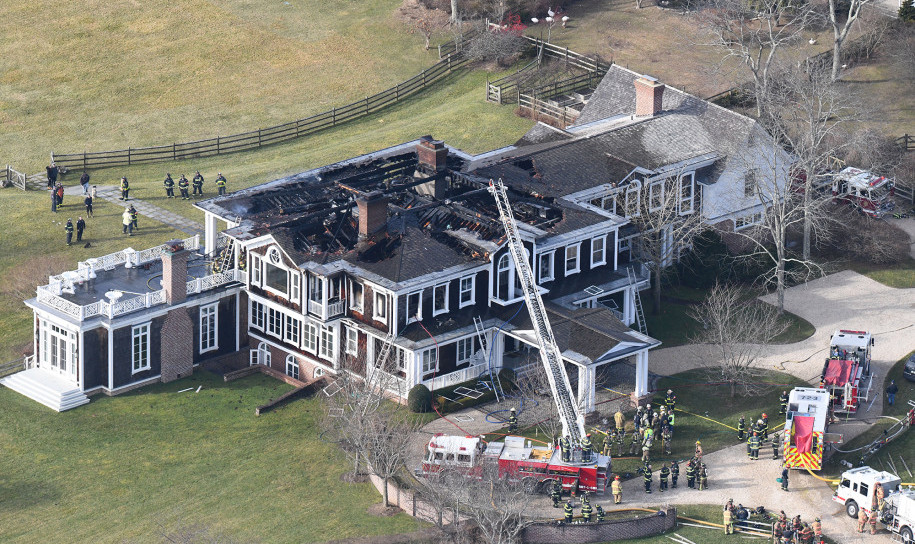 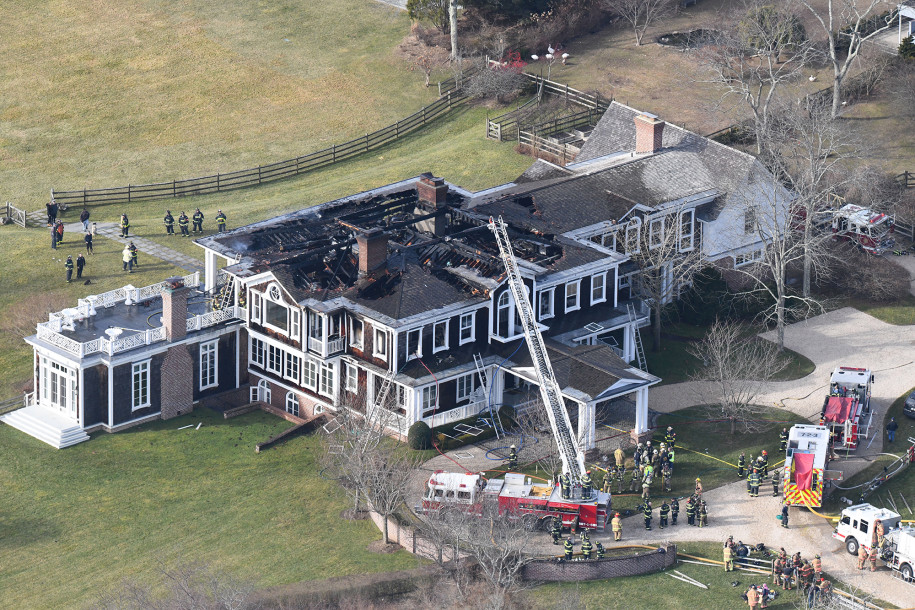 A raging fire spread through the Hamptons home of American heiress Anne Hearst and her husband, novelist Jay McInerney, on Saturday morning according to the New York Post. Anne is one of five daughters of Randolph Apperson Hearst and the granddaughter of newspaper tycoon William Randolph Hearst. Architect Peter Cook designed the modest 4,670 square foot home which was built in 2007 on a 6.4 acre farm. The grounds include various outbuildings, tennis courts and rows of solar panels. According to Vanity Fair, Cook incorporated leftover mantelpieces that William Randolph Hearst had flown in from Europe to furnish his famous castle in San Simeon, California. Property records show the residence as having four bedrooms and eight bathrooms with an estimated value of $3,209,900. The 6.4 acre property is commonly known as Ashgrove Farm and a 2014 article on Vanity Fair revealed that the couple kept miniature goats, a donkey, ducks, chickens, geese, an African gray parrot and doves on the grounds. According to the New York Post, the nearest fire hydrant was more than a mile away, requiring tanker trucks to continually go back and fourth to bring water. This is the second fire in days that lack of available water proved to be detrimental to saving the structure. No injuries have been reported and arson is suspected. Photography by Doug Kuntz | New York Post. 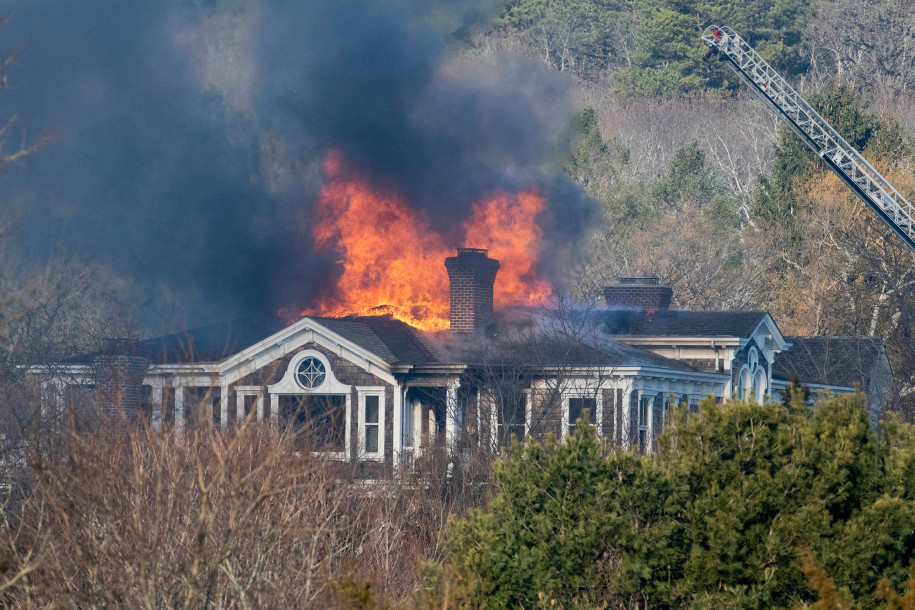 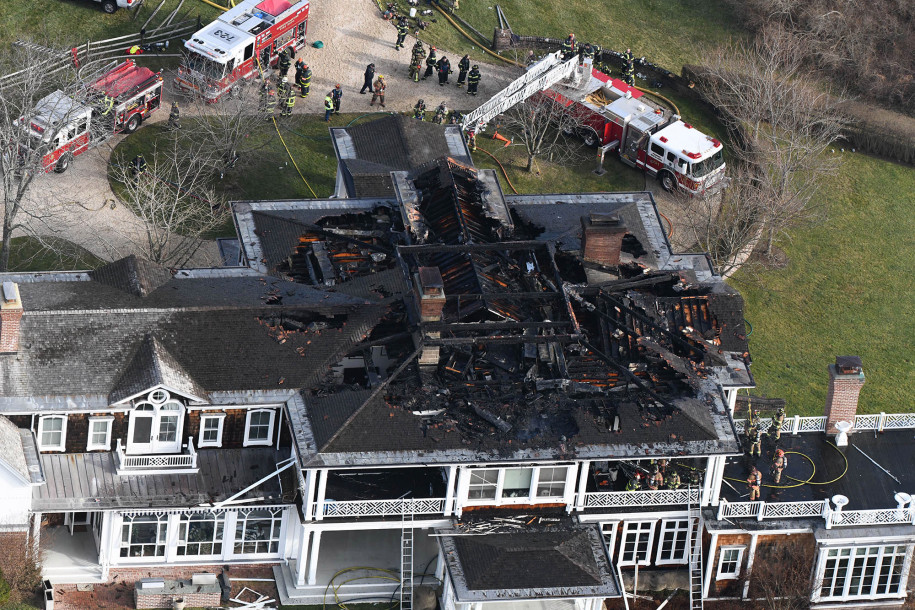 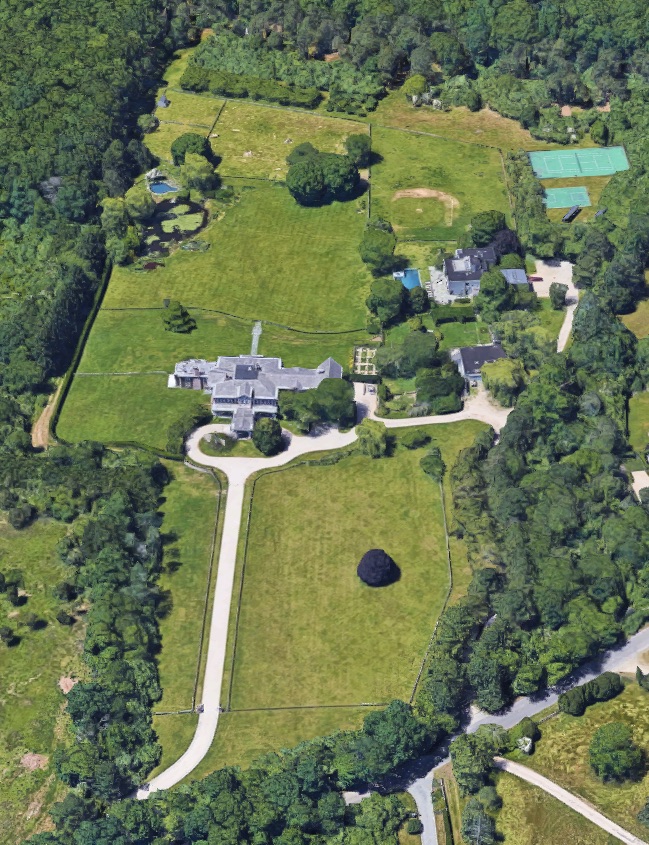 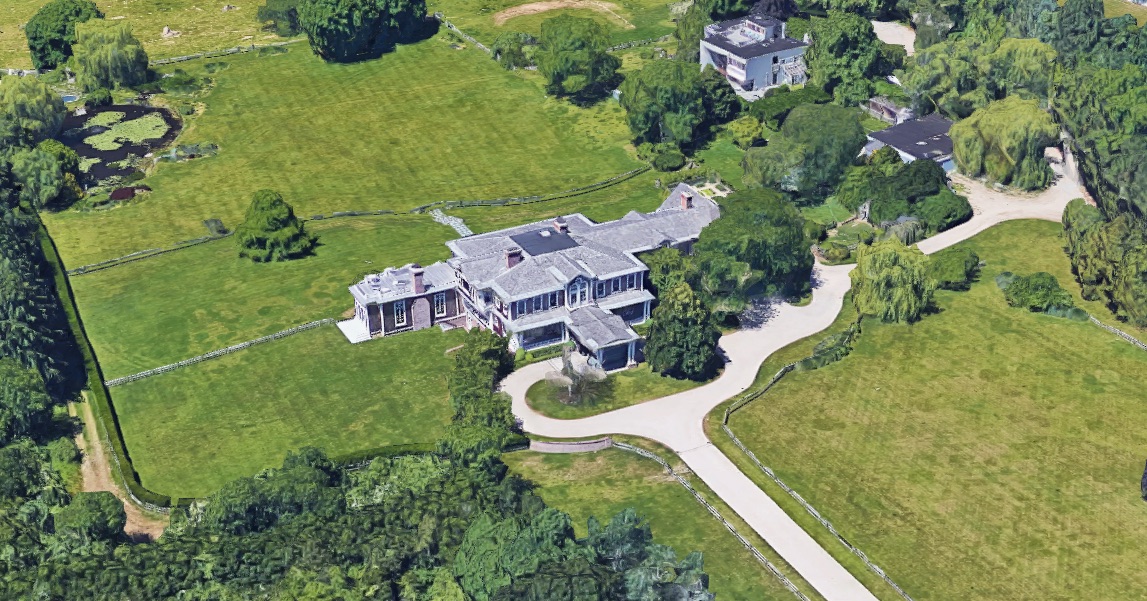 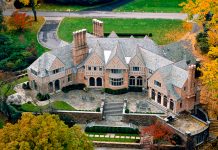 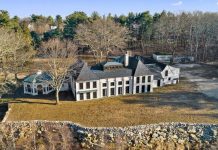