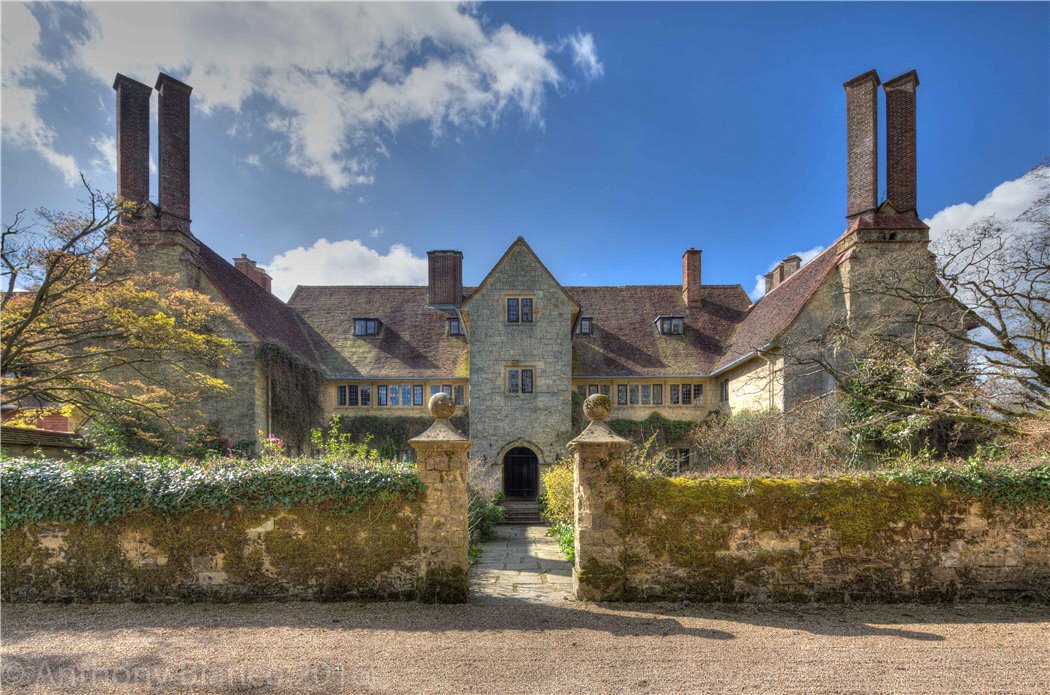 A 14 acre country estate with a Grade I listed Arts and Crafts style manor as the crowning jewel is on the market in West Sussex for £5.5 million GBP. The property was developed for Ernest Blackburn, who commissioned architect F. Hatchard Smith to build a manor on the site. Blackburn, dissatisfied with Smith’s work, brought in Edwin Lutyens, who advised him to 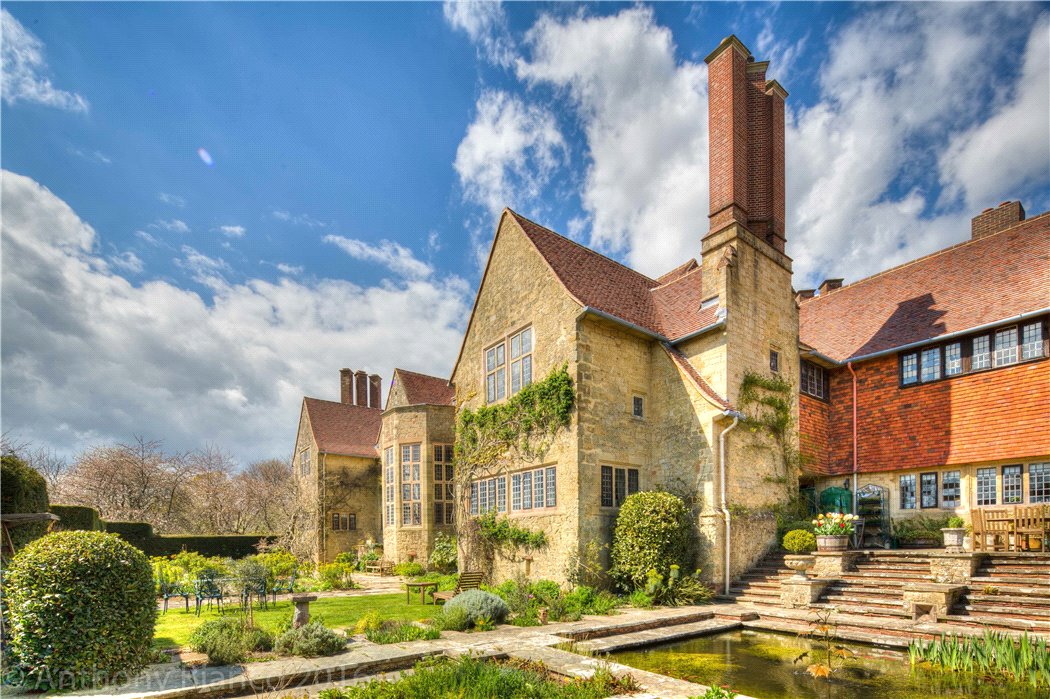 demolish the half-built structure. Lutyens completed Little Thakeham in 1903. The H-shaped, 12,480 square foot manor is considered one of Lutyens’ best private homes with impressive fireplaces, original wood flooring and mullioned stone windows. The Lutyens Trust wrote, “The house consists of two storeys plus an attic, with two wings. The central bar of the H runs west to east, and contains the south-facing hall. Further east, continuing the line of the central bar, is an additional wing, originally the service quarters, which contains the only remaining walls of original architect John Hatchard-Smith’s demolished villa. The garden front of the house has four gables, one on each wing and two in the middle; at the centre is a two-storey, mullioned, polygonal bay window. The entrance front of the house has a central porch giving access to an eastwest corridor, south of which are the main staircase and two-storey hall. The hall is lit through a Classical arch by a two-storey bay window. The ground floor of the hall is lined with Classically decorated stonework, with plaster walls above, and is overlooked by wrought-iron balconies.” The sprawling residence is complemented by extensive gardens, also designed by Lutyens, and Grade II* listed in the National Register of Historic Parks and Gardens. Additional features include 9 bedrooms, 8 bathrooms, a 2 bedroom cottage, triple garage, swimming pool and pool house. Little Thakeham is on the market for £5.5 million GBP with Knight Frank. 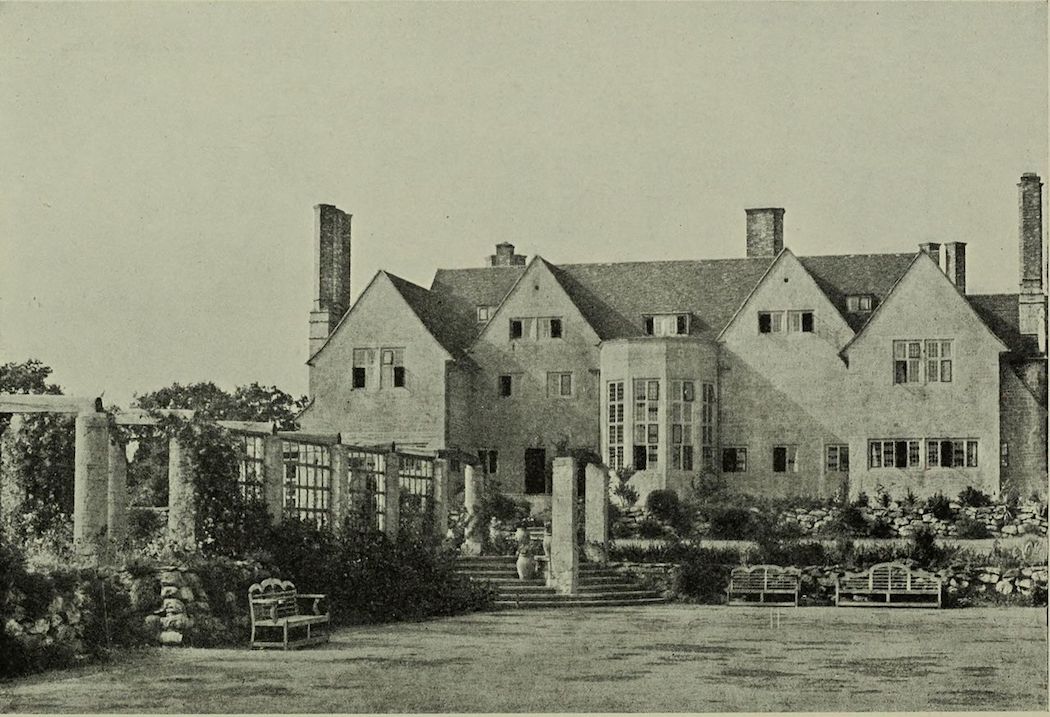 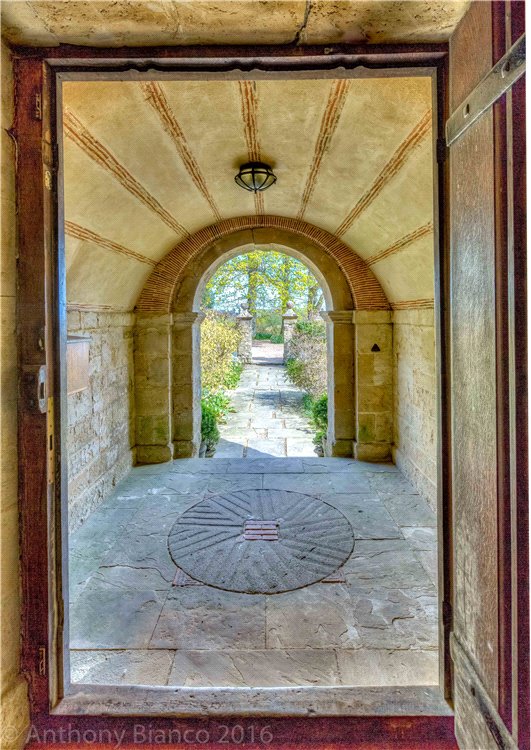 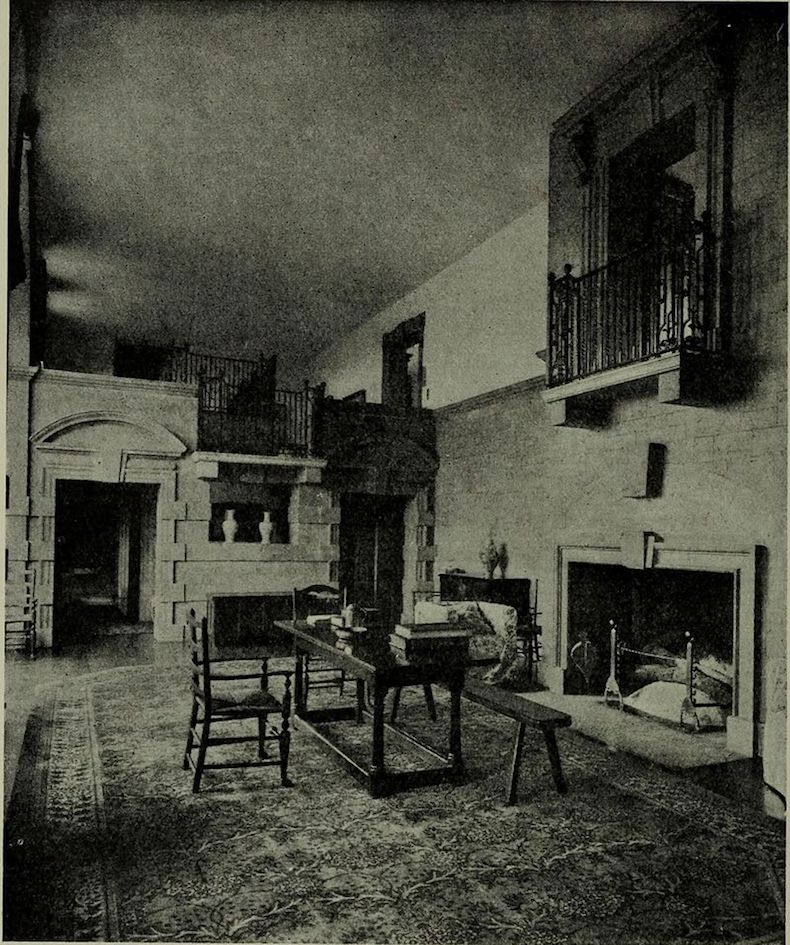 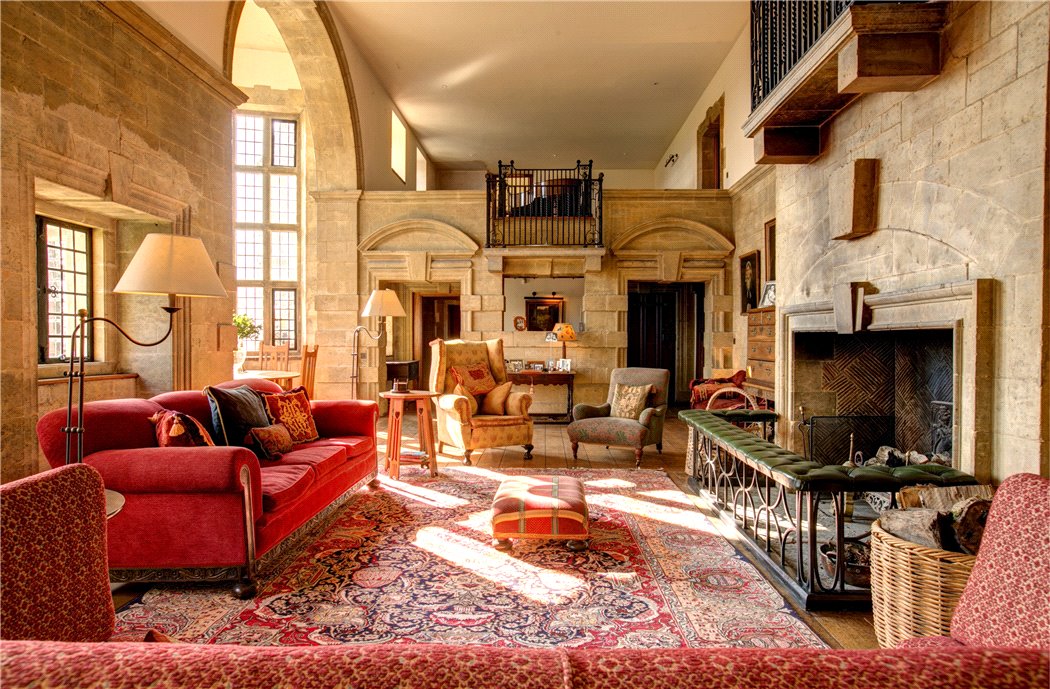 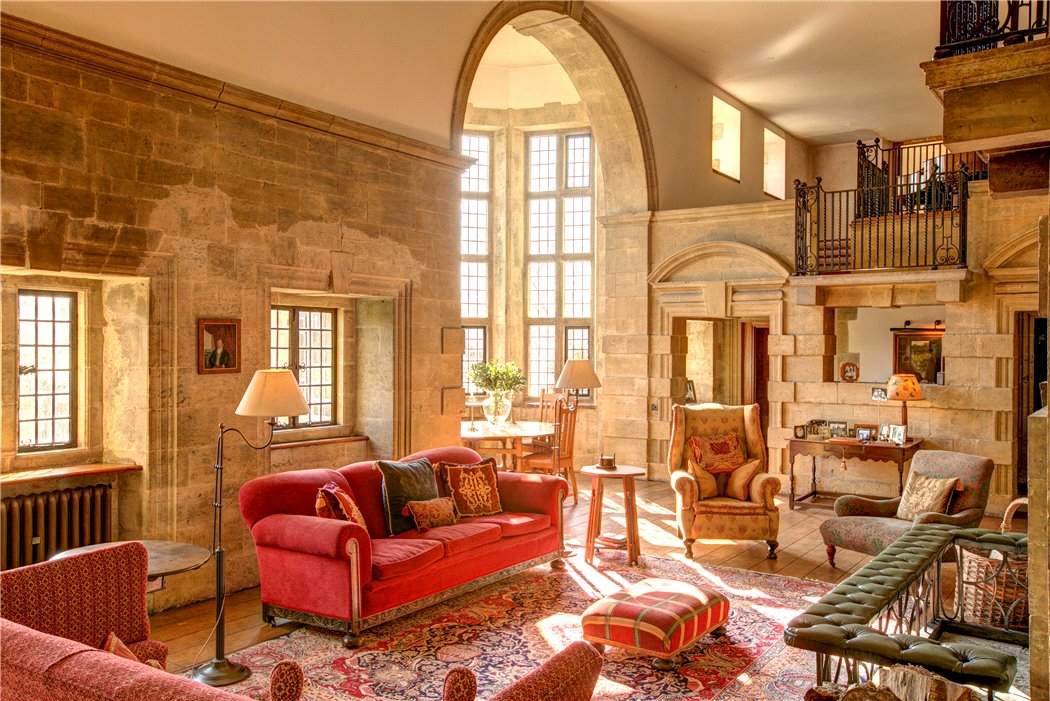 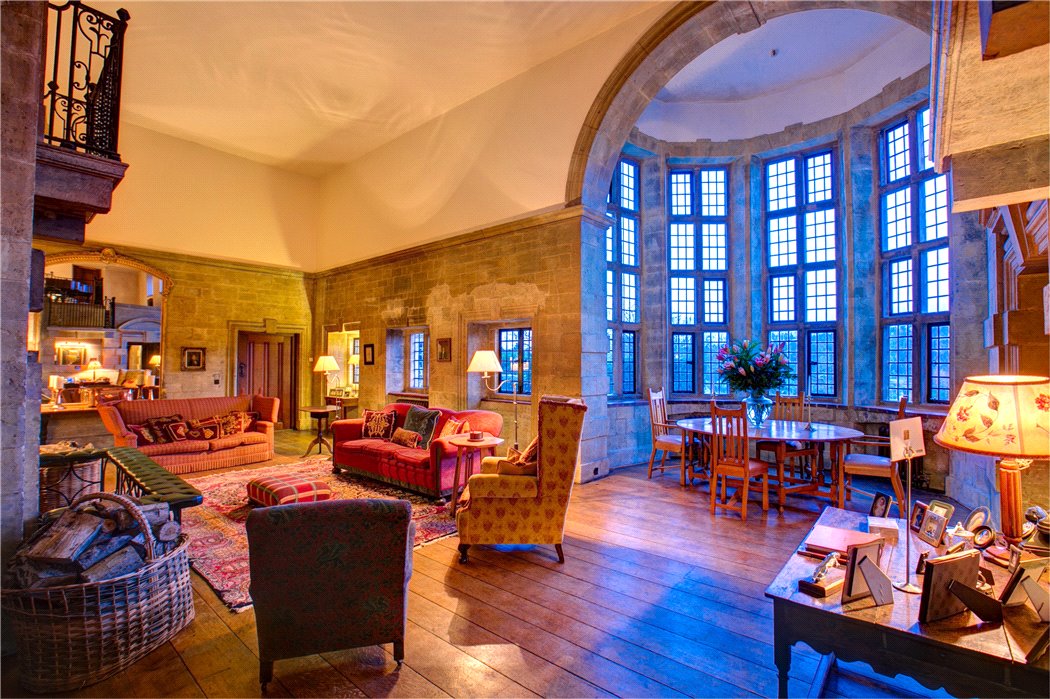 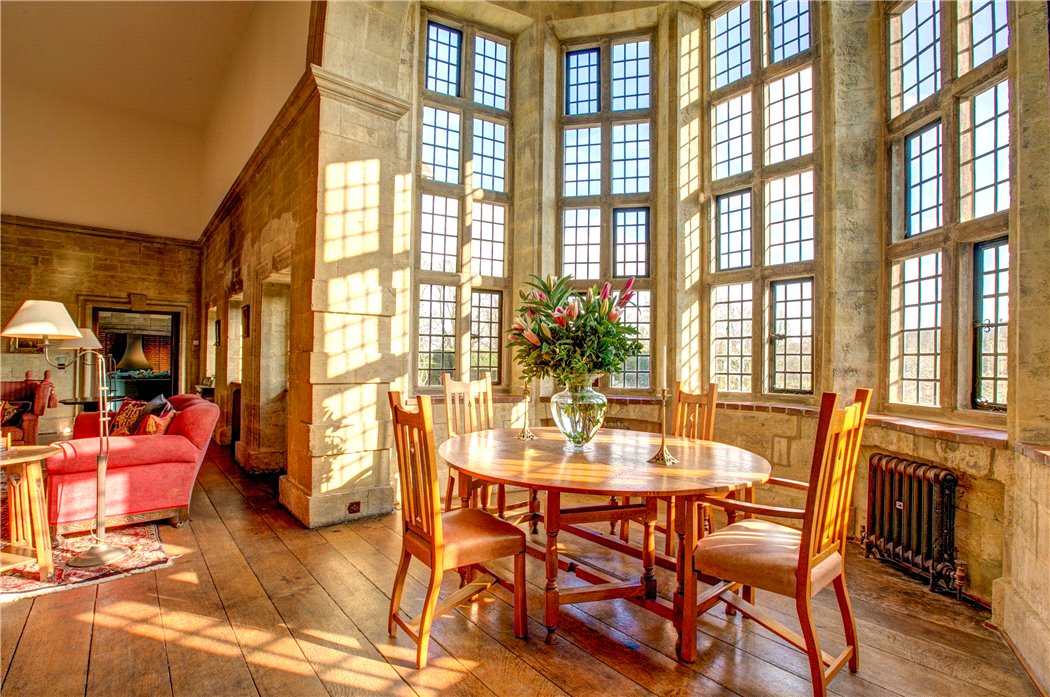 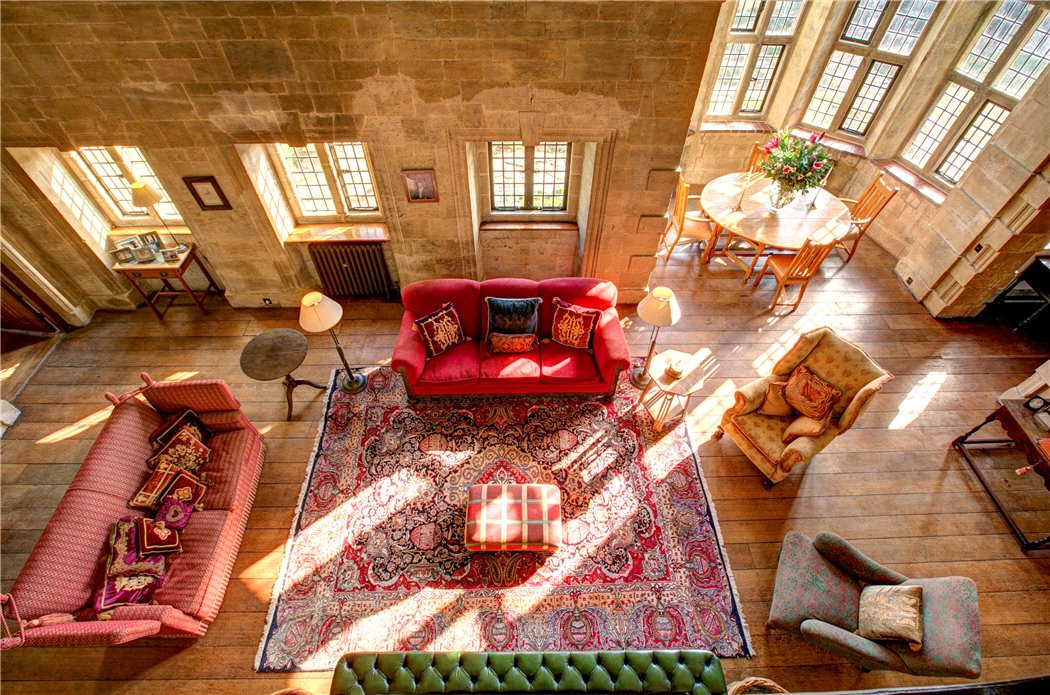 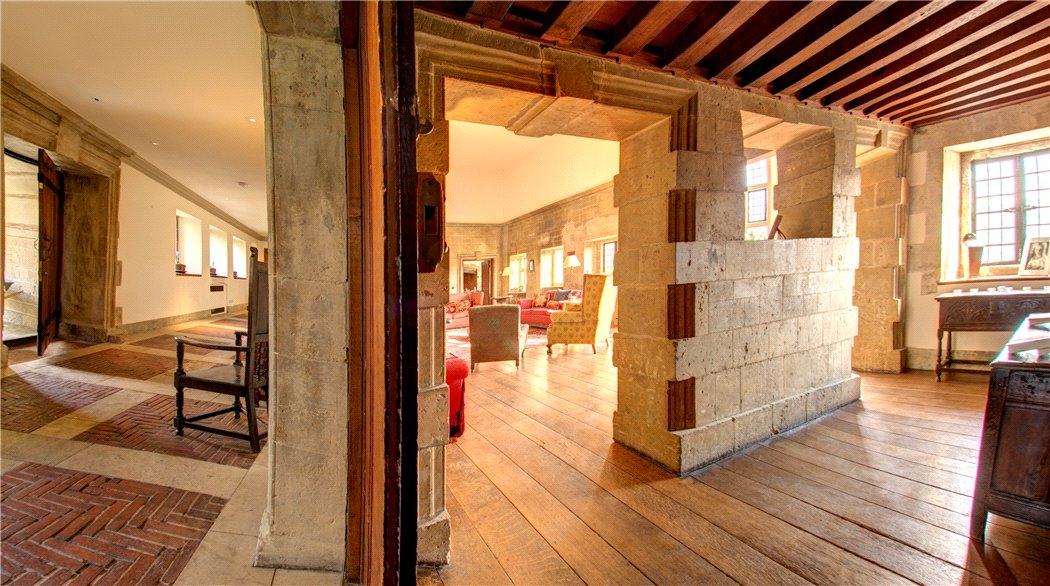 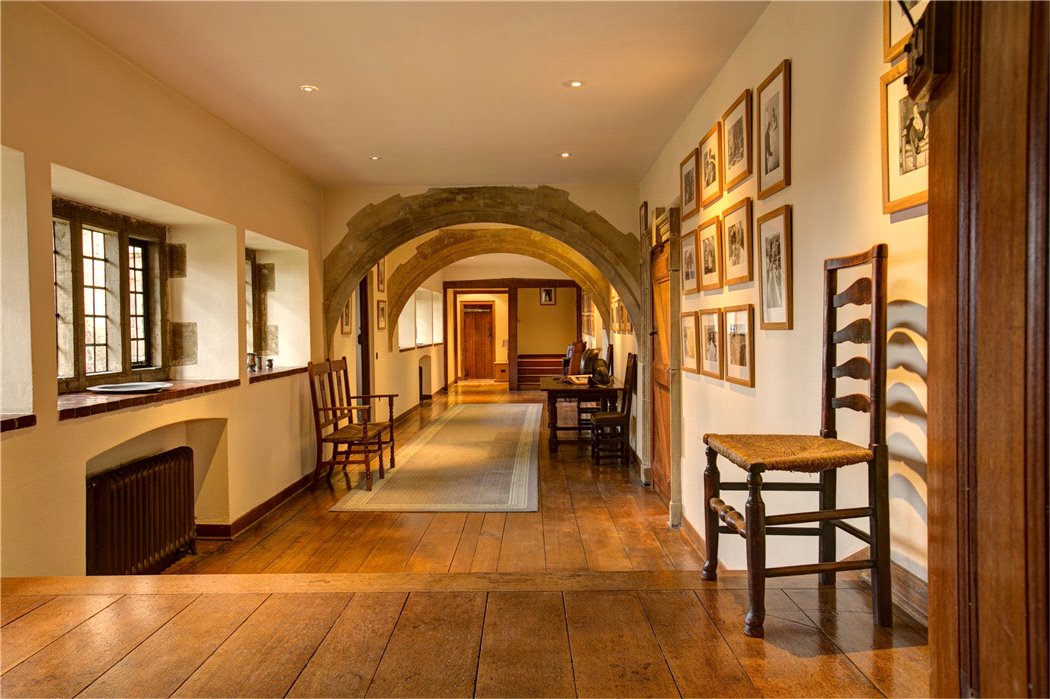 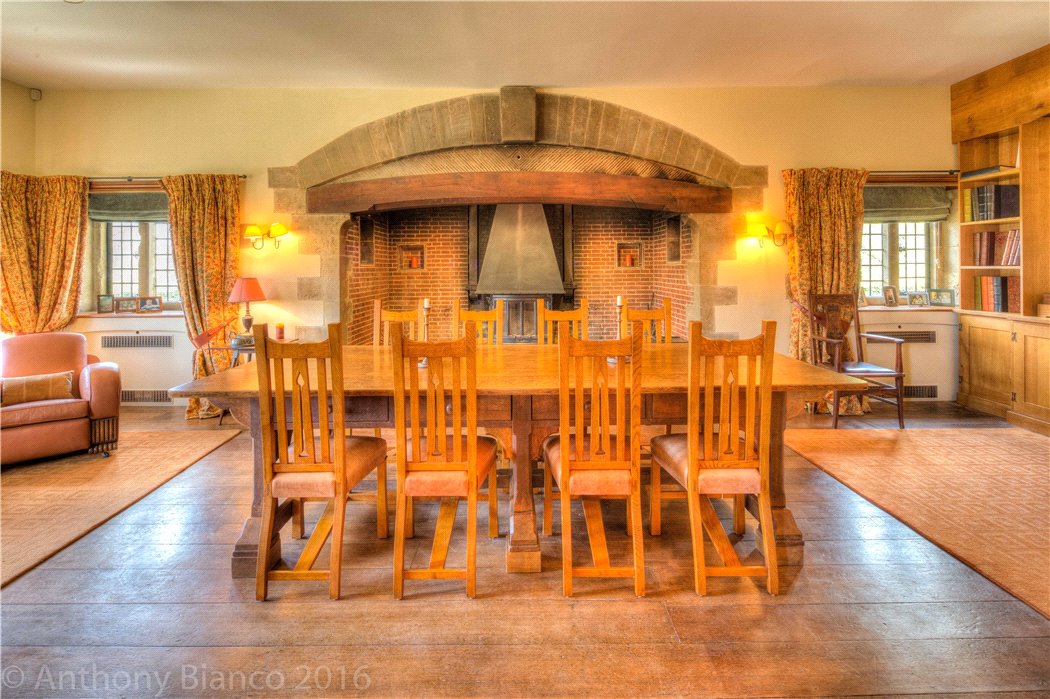 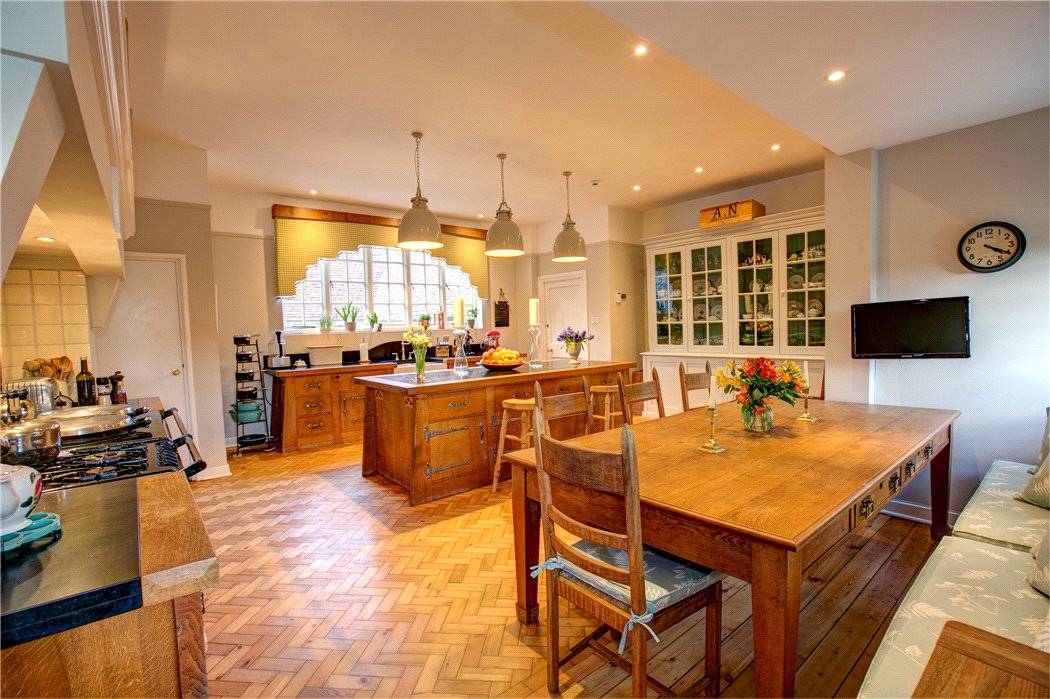 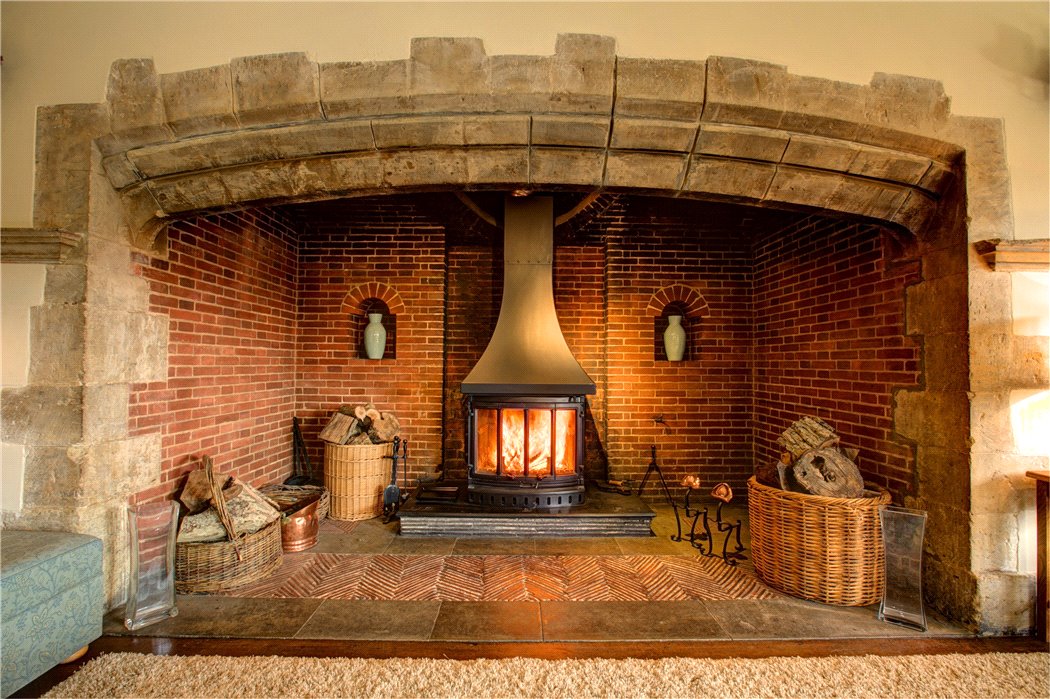 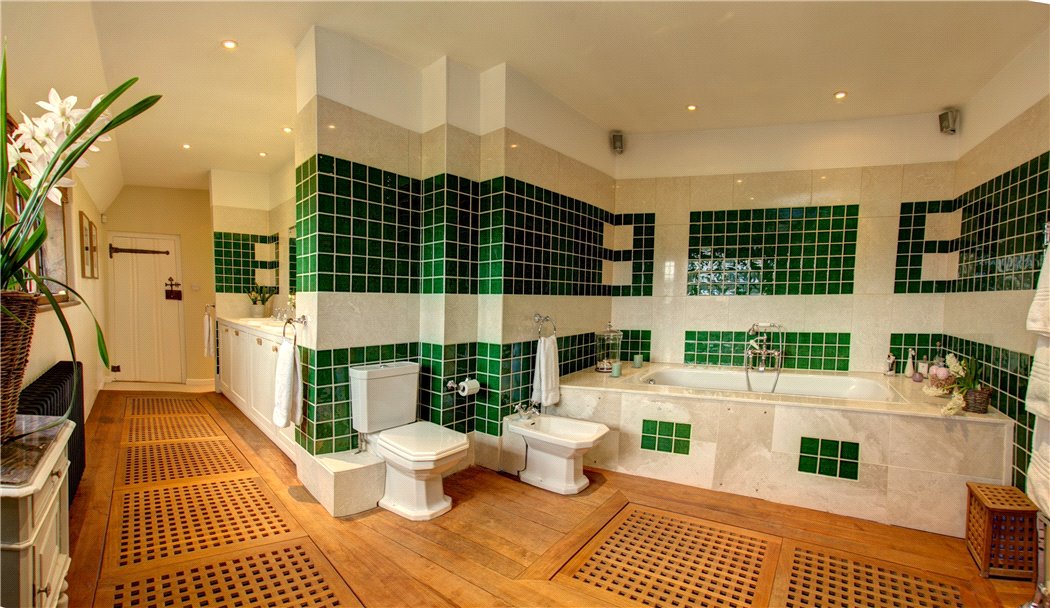 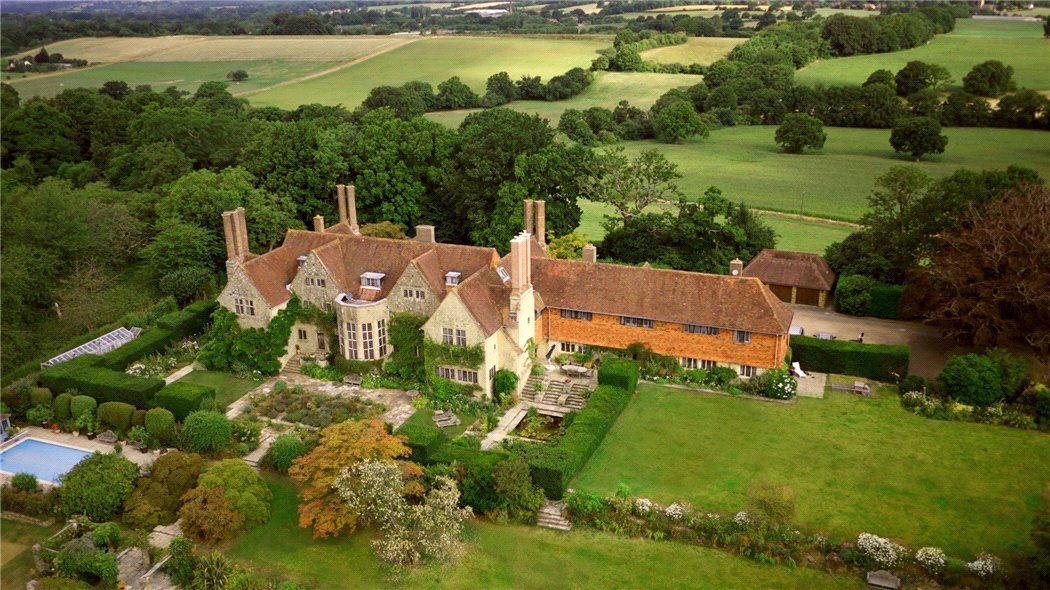 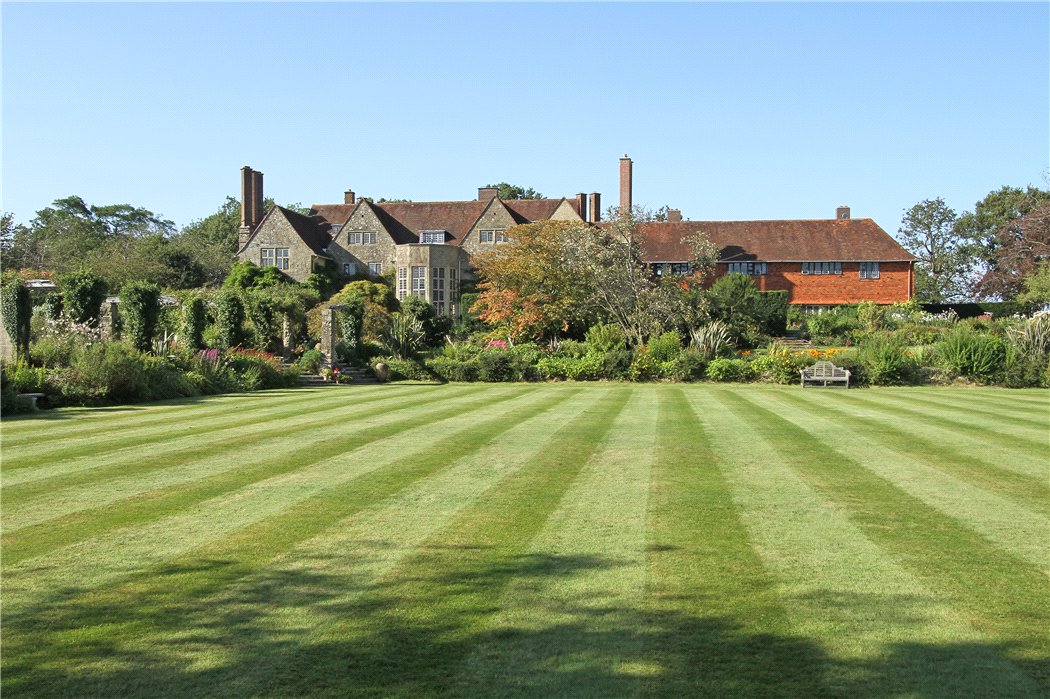 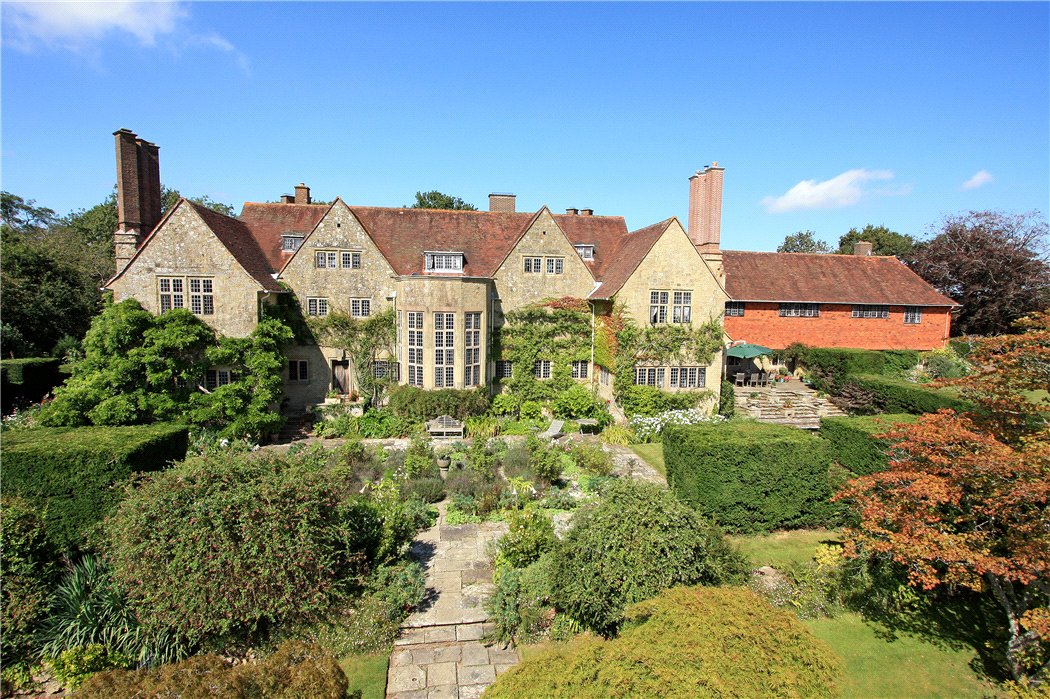 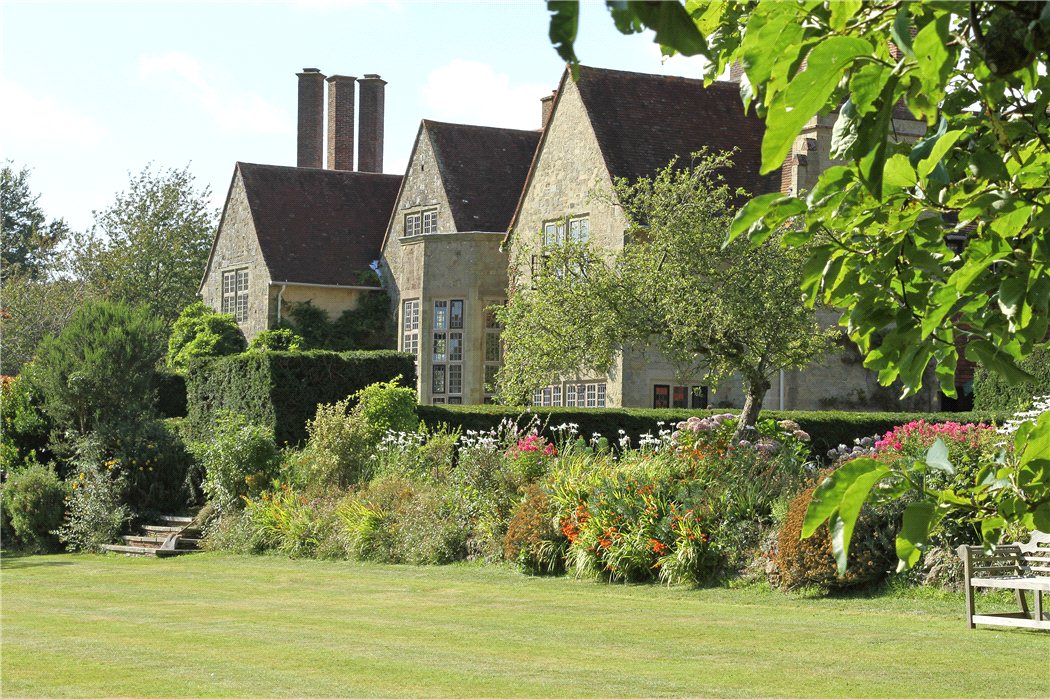 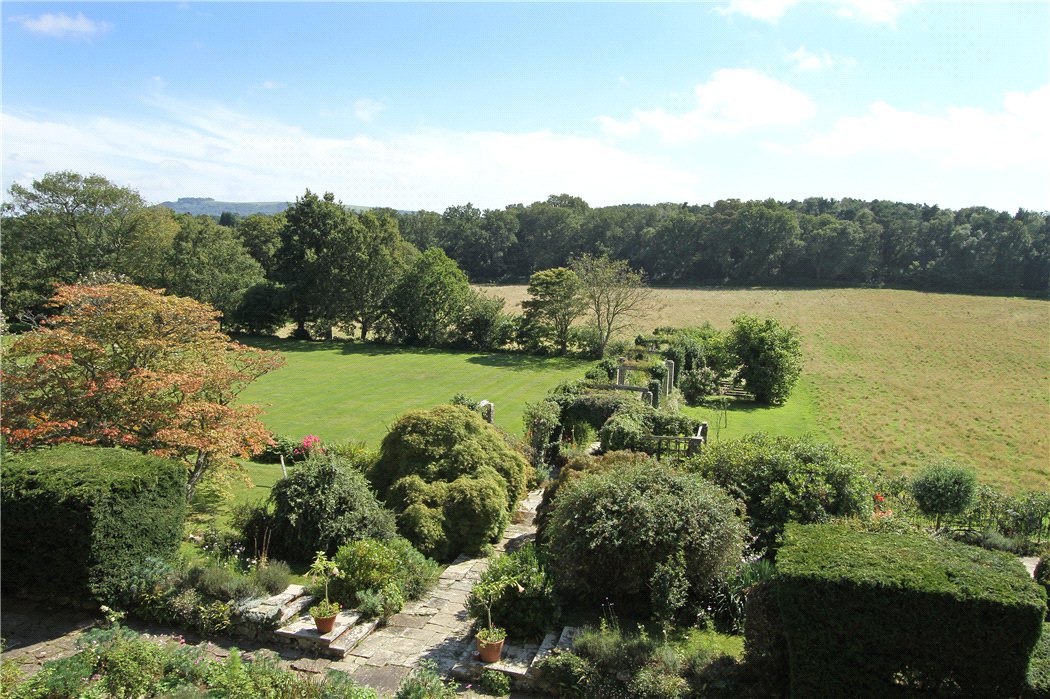 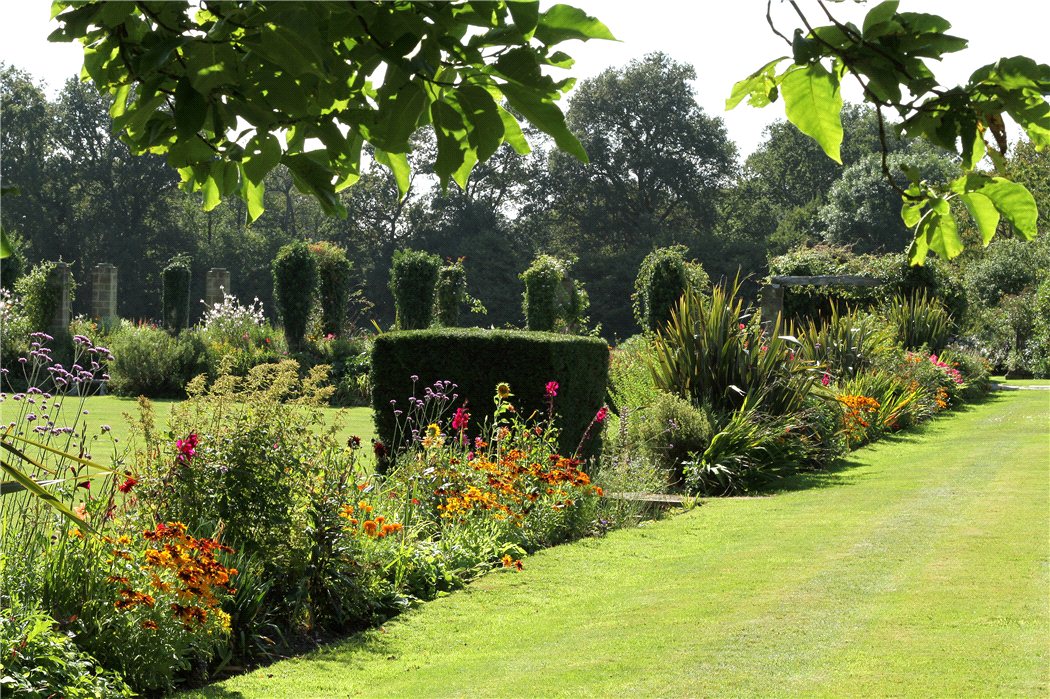 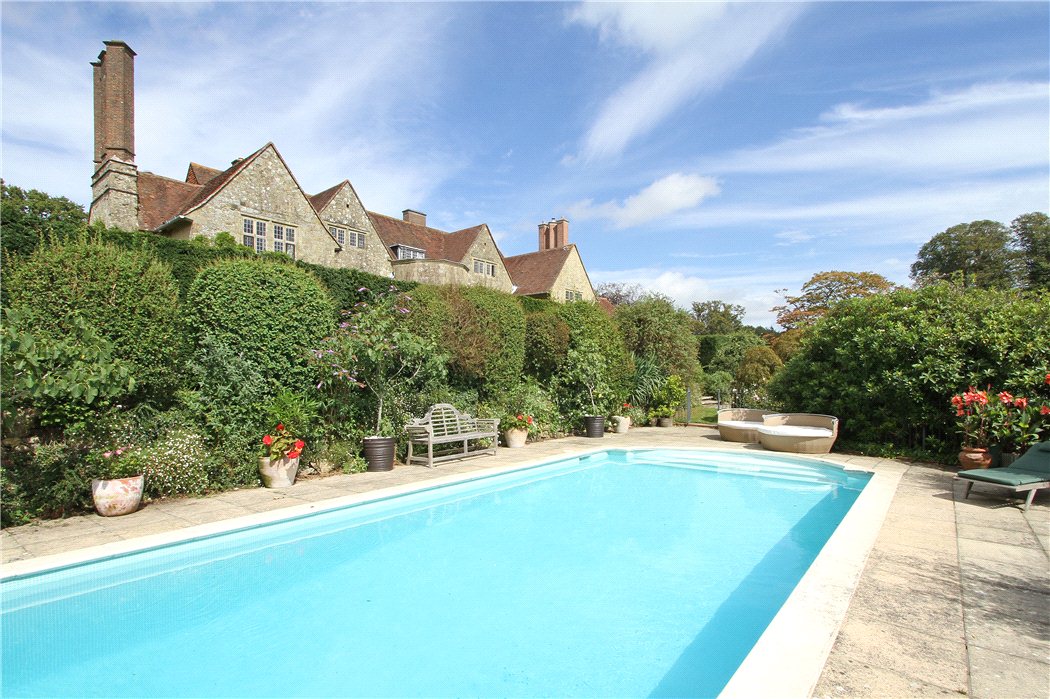 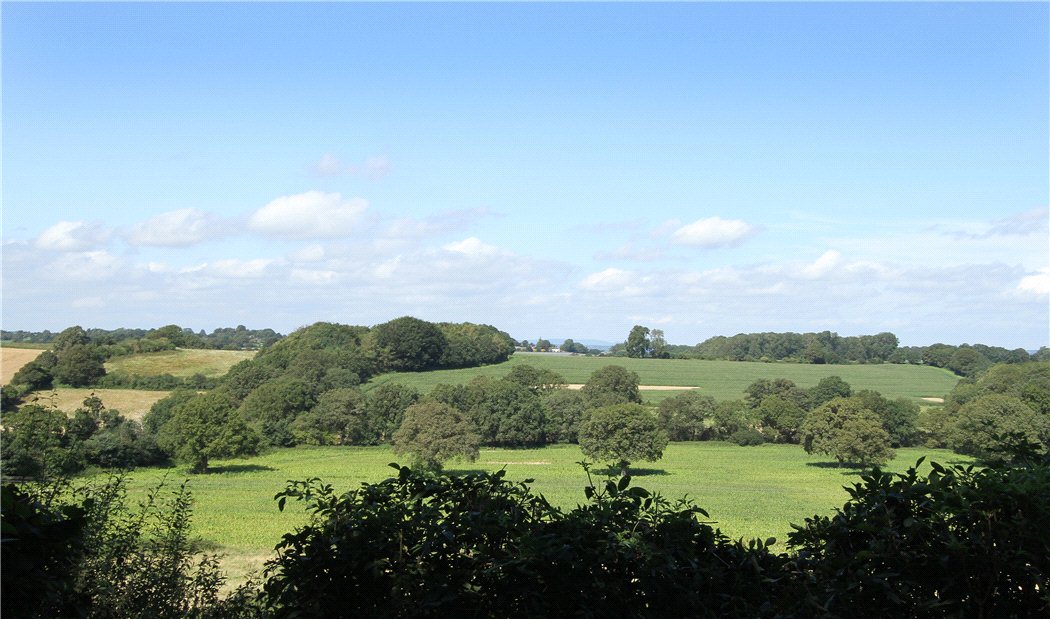 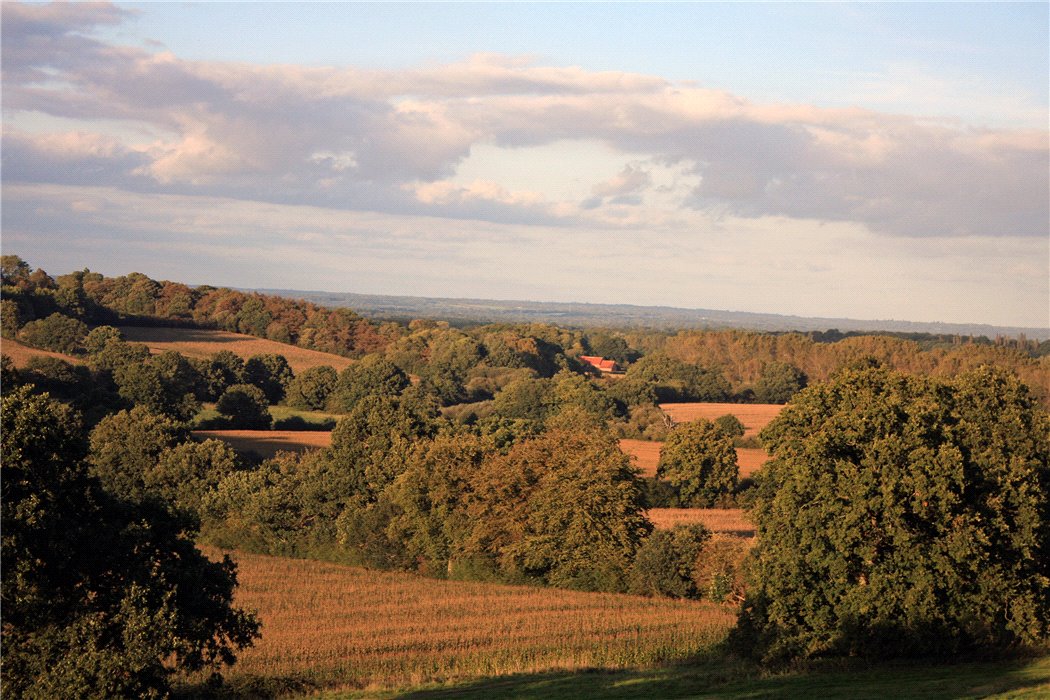