Commanding an elevated position with far-reaching views to the south over the ancient town of Rye to the sea and to the west over the Tillingham Valley, Leasam House is an exceptional Grade II listed Georgian country mansion surrounded by an impressive 56 acre estate. The East Sussex property is listed under £10,000,000. Leasam House has a 222-year-old history starting in 1798 when it was built for Rye-based attorney and banker, Jeremiah Curteis. The mansion was altered in 1903 when owned by

Sir Reginald Blomfield before selling to Sir George and Lady Warrender in the early 1900s. The Steeple Times reported that the mansion became the Leasam House School between 1956 and 1992 before being turned back into a private residence with 11 bedrooms and 11 bathrooms. The façade has a pedimented three bay red brick centre with a porch incorporating six Ionic columns. The west wing, built in the traditional Georgian manor house style is understood to have been re-built in about 1840. Aside from a few select rooms, most of the interior space has been refurbished and modernized with a contemporary flair. With the right designers these spaces can be returned to something much more fitting to the exterior of the home. The period features include wonderful high ceilings with elegant cornicing, deep sculptured door architraves, moulded panelling and decorative plaster garlands. Several of the rooms, including the music room and drawing room, have working shutters. There are numerous fireplaces, hardwood floors, a sweeping staircase and a modern kitchen. Leasam House is approached via a long country lane which finishes at high wrought iron gates set into brick pillars. The drive divides into front and back allowing separation between family and guests and trade/staff. The delightful gardens have both formal elements, with terraced lawns, mellow stone paths and steps with brick retaining walls forming a backdrop for the colourful flowerbeds, and informal areas with shrubs and ornamental/specimen trees. The grounds also include a 3,592 square foot guest structure called The Grange, garage space for 19 vehicles, a helicopter landing area and tennis court. With lush formal grounds and an already flawless exterior, Leasam House is the perfect opportunity for somebody to come in and restore the interiors. Leasam House is priced below £10,000,000 with Savills. 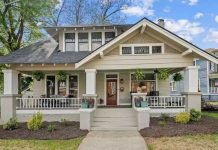 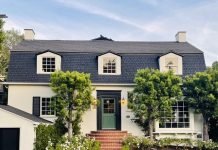 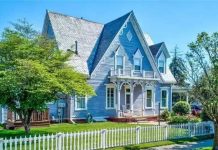 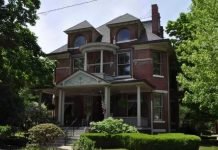 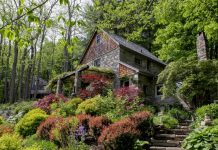 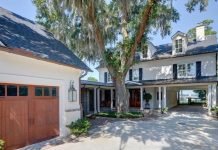