Built in 1886 by James and Mary Pinchot as a summer retreat, Grey Towers is of great historical significance.  It was James who first recognized the reckless destruction of natural resources that was overtaking the nation in the 19th century.  James encouraged his eldest son Gifford to consider a career in foresty, thus introducing the idea of conservation to American.  Gifford Pinchot went on to establish and serve as the first Chief of the US Forest Service, and he was twice elected Governor of Pennsylvania.  Between family, friends and political associates, Grey Towers was always bustling with activity and was central to advancing the Pinchots´ social, political and conservation ideals.  In 1963 the Pinchot family donated Grey Towers and its surrounding 102 acres to the US Forest Service.

The mansion was designed by Richard Morris Hunt with some later work done by Henry Edwards-Ficken in the style of a French Chateau to reflect the Pinchot family’s French origins.  Overlooking the Delaware River, the mansion is an L-shape and sits three storeys high with conical roofed towers at three of its’ corners.  Originally containing 43 rooms, the first floor features a large entrance hall, billiard room, dining room, library and sitting room, while the second floor was primarily made up of bedrooms.  Like the second floor, the third floor also housed some bedrooms as well as storage space and children’s play rooms.  A service wing also juts out from one of the corners of the home. 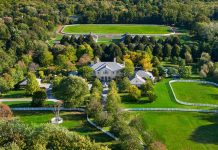 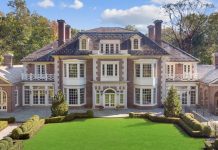 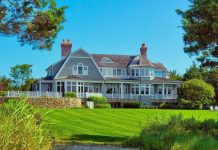 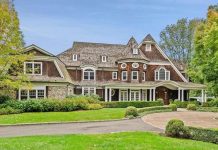 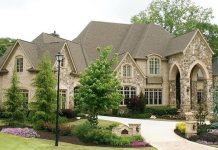 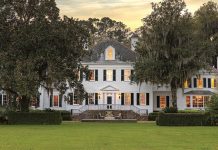