The former estate of Hilla von Rebay, the first director of the Guggenheim, is pending sale in Westport, Connecticut. According to the Guggenheim, “After leaving her 13-year post as the Guggenheim’s first director, Hilla Rebay made her Westport, Connecticut estate, Franton Court, her permanent home.” The property was named in honour of her parents, Franz and Toni. The storied three-storey Italianate manor was built in 1900 and extends 7,135 square feet with 8 bedrooms and 8.5+ bathrooms. According to the listing, Rebay hosted celebrated artists such as Wassily Kandinsky, Fernand Léger, Marc Chagall and Frank Lloyd Wright. Amenities include an entertainment barn, guest house and swimming pool.

Listing details: Storied Westport Residence. This striking, three-storey Italianate manor in Greens Farms earned its name, Franton Court, from the original curator and co-founder of the Guggenheim museum. Celebrated artists Wassily Kandinsky, Fernand Leger, Marc Chagall and even Frank Lloyd Wright were frequent visitors, to name-drop just a few. And who can blame them? The remarkable design and cunning craftsmanship give the impression that this is no mere house but, perhaps, a work of art. Light reflects and shimmers through uniquely designed rooms, each with its own dramatic assertions. In a different tone, but no less dramatic, is the entertainment barn – with its open space and soaring ceiling. Visitors will also appreciate the comfort of the two-bedroom guesthouse. The home is sited on 3 acres of verdant grounds with a pool, a professional tennis court and surrounded by 7 additional acres of nature preserve. The property has seen several recent updates. Downtown or the beach is minutes away and Manhattan is another 50. Franton Court is on the market for $4.99 million with Gabrielle Di Bianco of The Higgins Group. Photography by Alan Barry Photography. 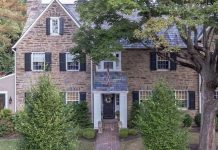 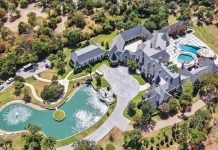 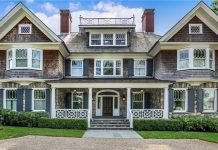 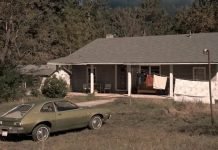 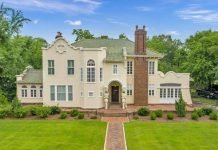