Originally drafted by noted architects William Hebbard and Irving Gill in 1898 for a wealthy Standard Oil executive, the build eventually was completed in 1929 and, by then, it had become the Southern California retirement home of the former surgeon general of New York.

Purchased again at auction in 1950, 711 A Avenue became the home to a family of stalwart ‘islanders’ dedicated to the small-town community of Coronado.

The manor since has been the site of many historical tours, social functions and picturesque garden weddings. Arguably the largest residential lot on Coronado Island, the brick walls of this estate fence in nearly 2/3 of an acre.

The grounds’ mature foliage shrouds the majestic design and quality construction of this exquisite example of Old English Country style architecture — all of it in the center of this romantic and idyllic beach town.

The steep-pitched, high roof lines, as well as the adobe and wood exterior walls, help explain the attraction of curious passers-by. 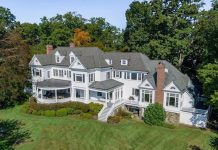 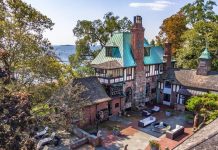 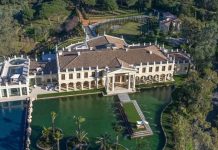 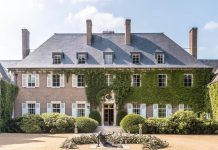 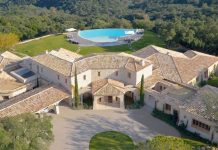