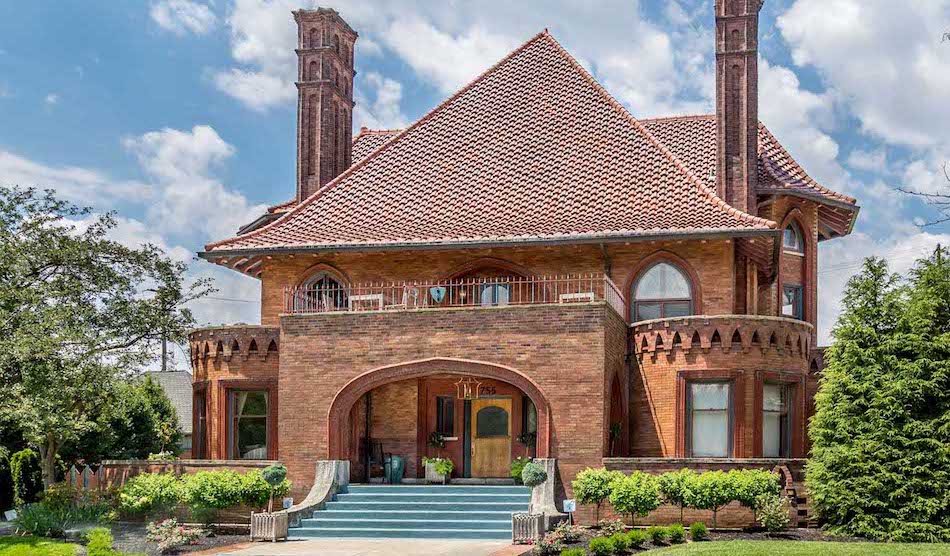 A historic brick mansion with a history connected to Sells Brothers Circus partner, Peter Sells, has been reduced to $1,500,000. The 7,400 square foot residence, which hit the market earlier this year for $2,199,000, was designed by acclaimed architect Frank Packard and built c.1895 for Peter Sells and wife, Mary, mixing architectural styles such as Gothic, Tudor, Chateauesque and Romanesque. Packard incorporated several details specific for Sells, including pointed brick details mimicking the fringe of a circus tent. Several original features remain including plaster arches throughout, stained glass windows with Peter Sells initials and the notable grand curving stairway. Packard is also responsible for many other Columbus landmarks such as the Governors Mansion, the old Columbus Country Club and the Jeffrey Mansion. The floor plan includes an updated kitchen, large study with turret and five bedrooms, four full and one half bathrooms. It would be interesting to find out when and why the ornamental detail was removed from the edge of the front facade as well as the trio of substantial dormers directly above (see old photo below). The residence sits on a 0.36 acre property with detached carriage house. According the home’s website, “During the late 1800’s, the Sells Brothers Circus was one of the largest, most successful shows of its kind in the country. So large that it rivalled the Ringlings brothers and Barnum and Bailey, who eventually acquired the Sells Circus following Peter’s death.” The Sells Mansion is on the market for $1,500,000 with Michael Casey of Re/Max Connection Realtors. 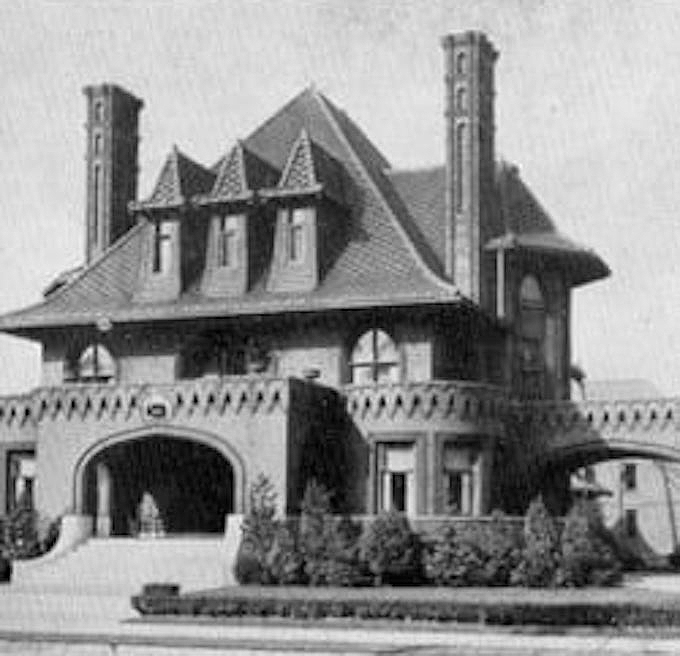 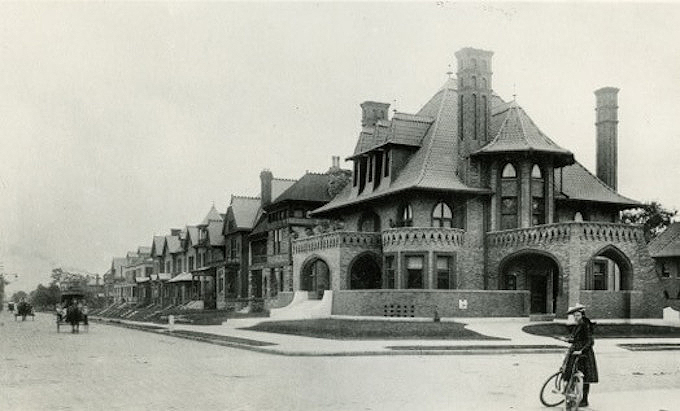 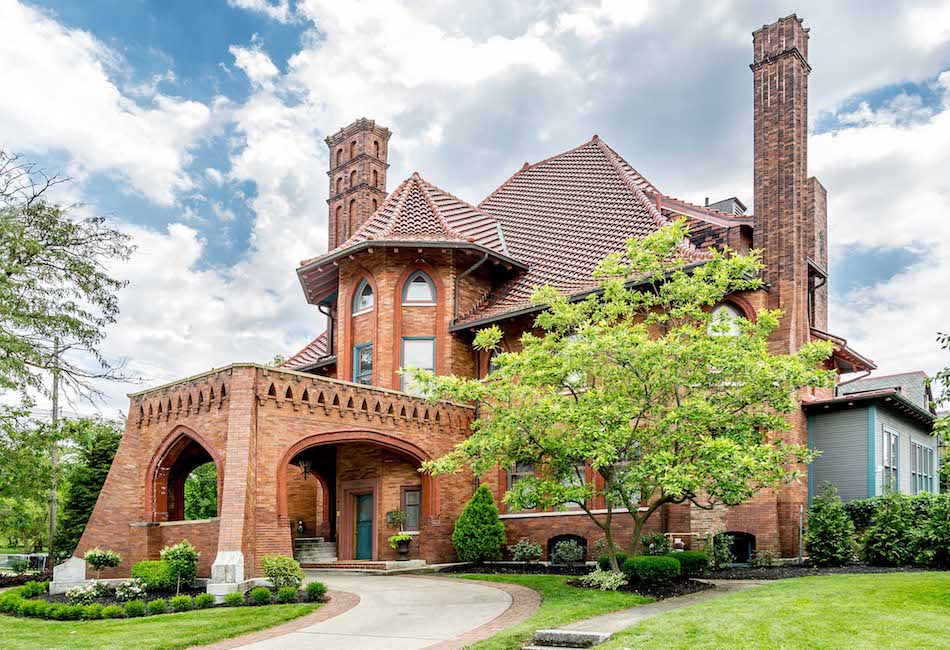 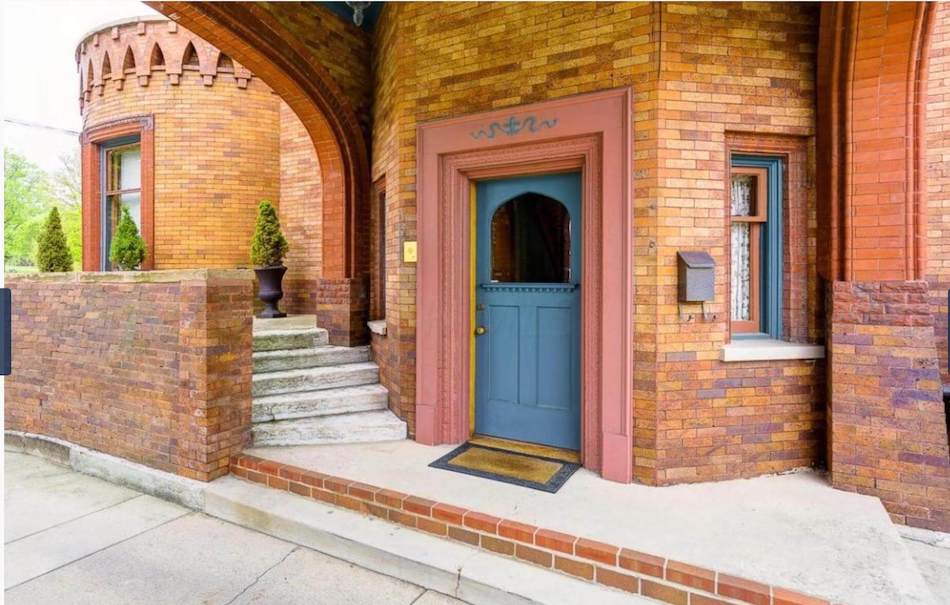 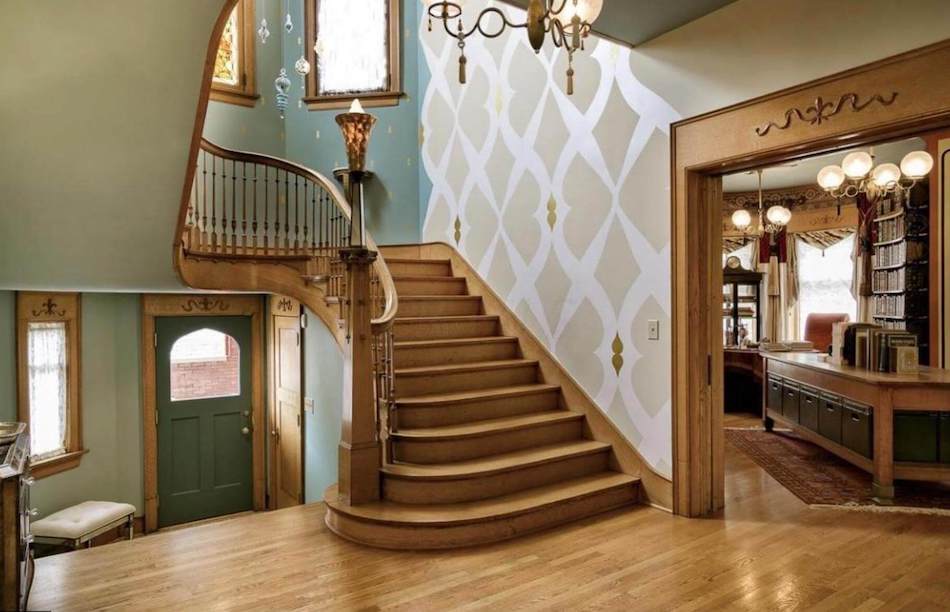 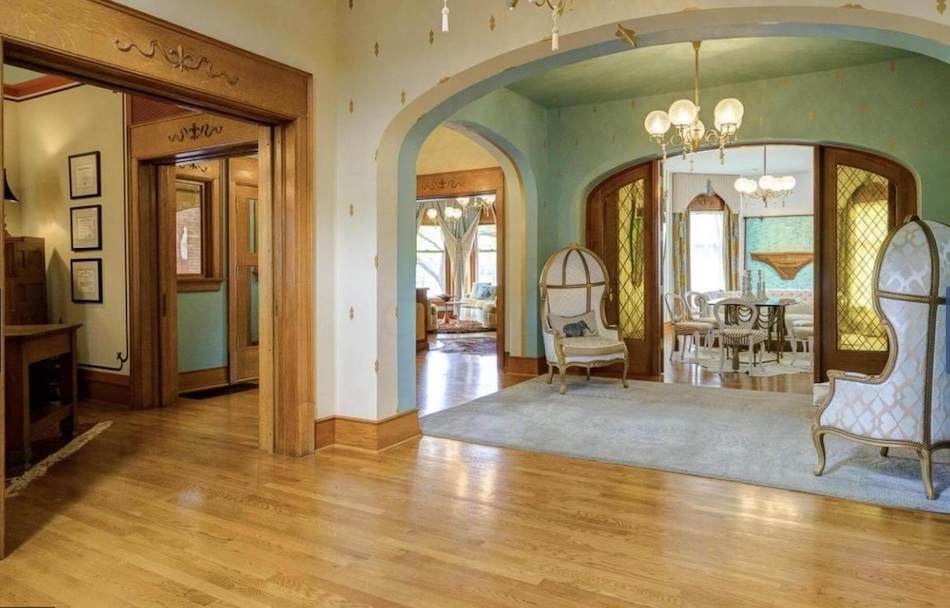 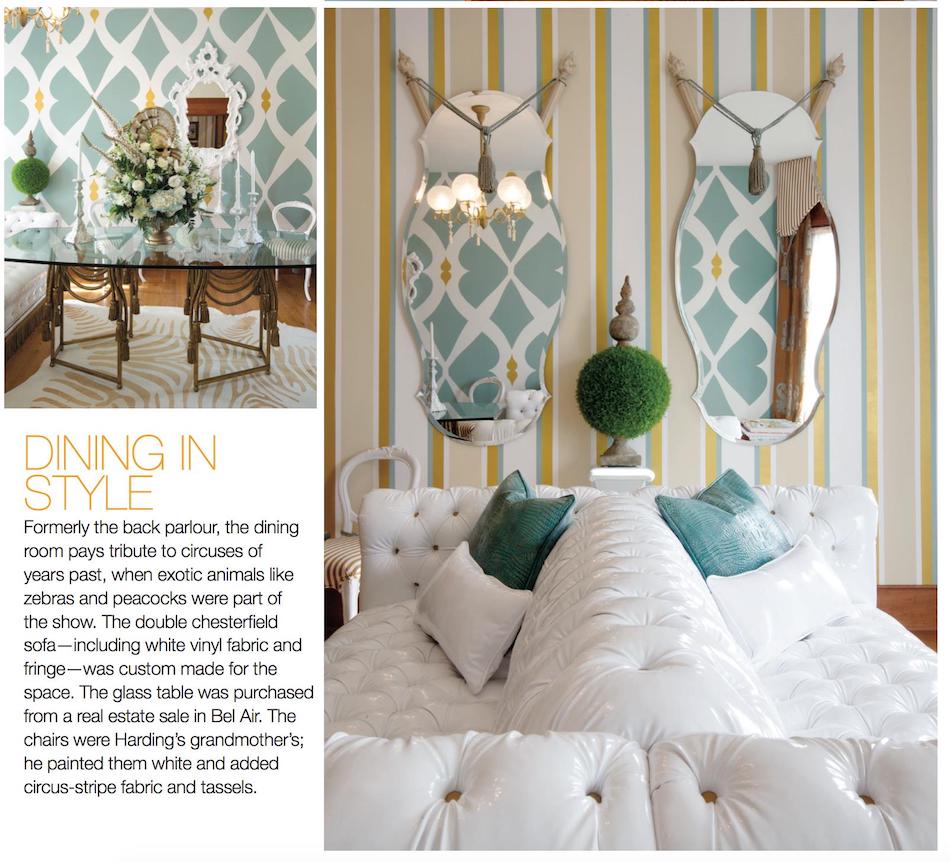 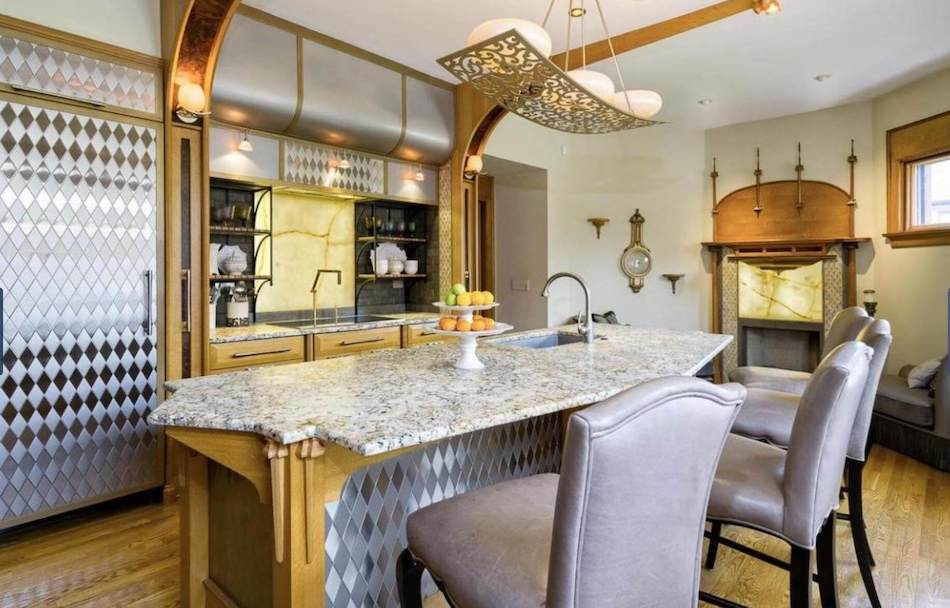 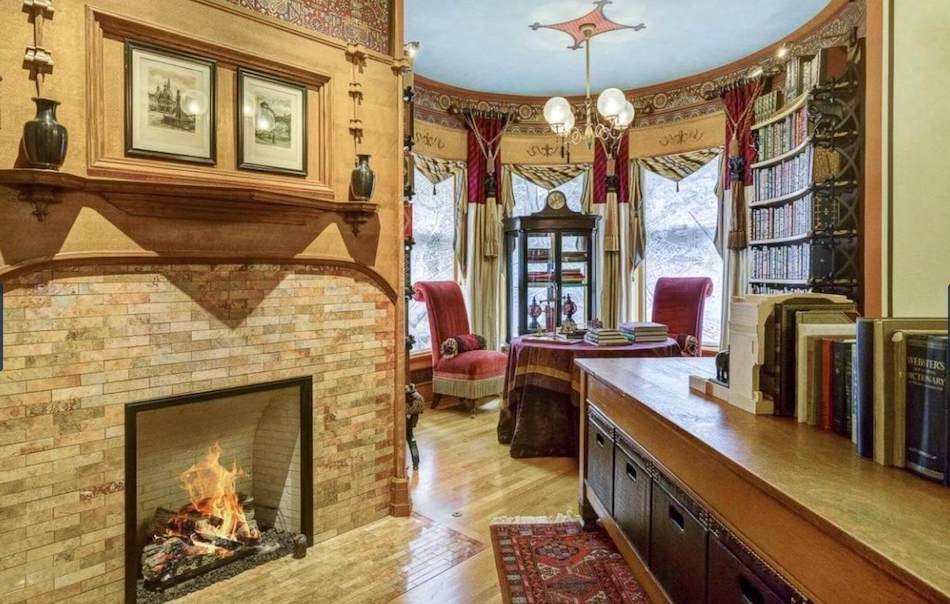 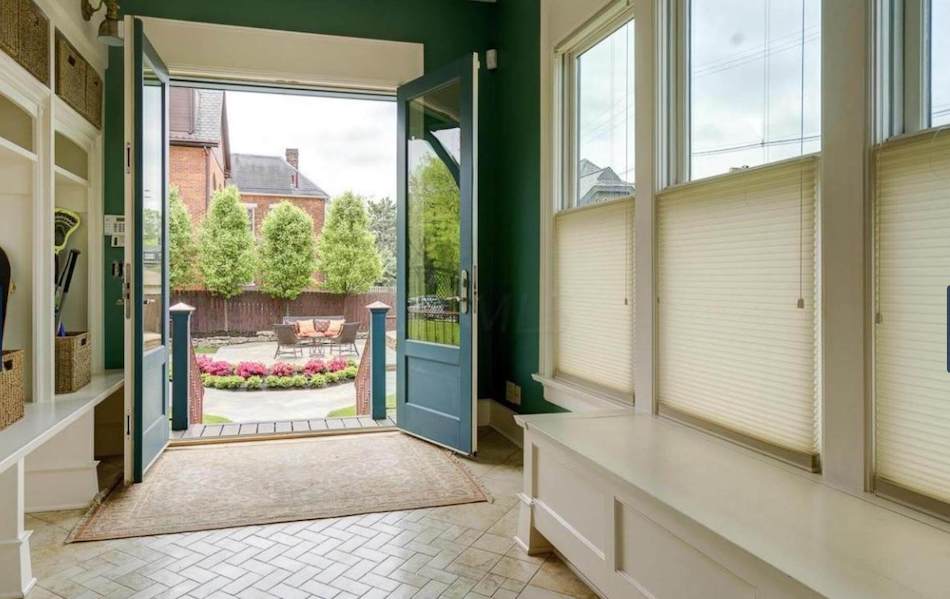 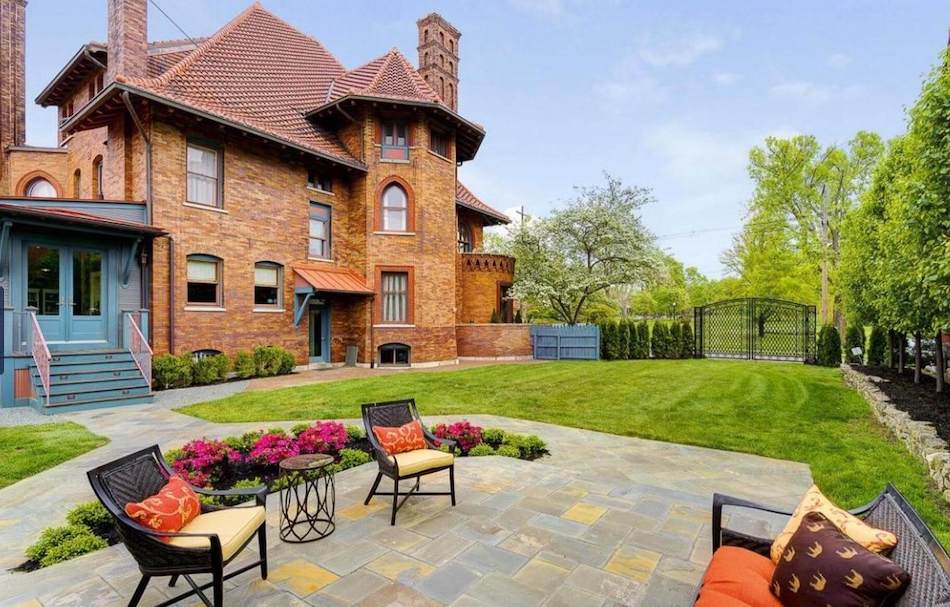 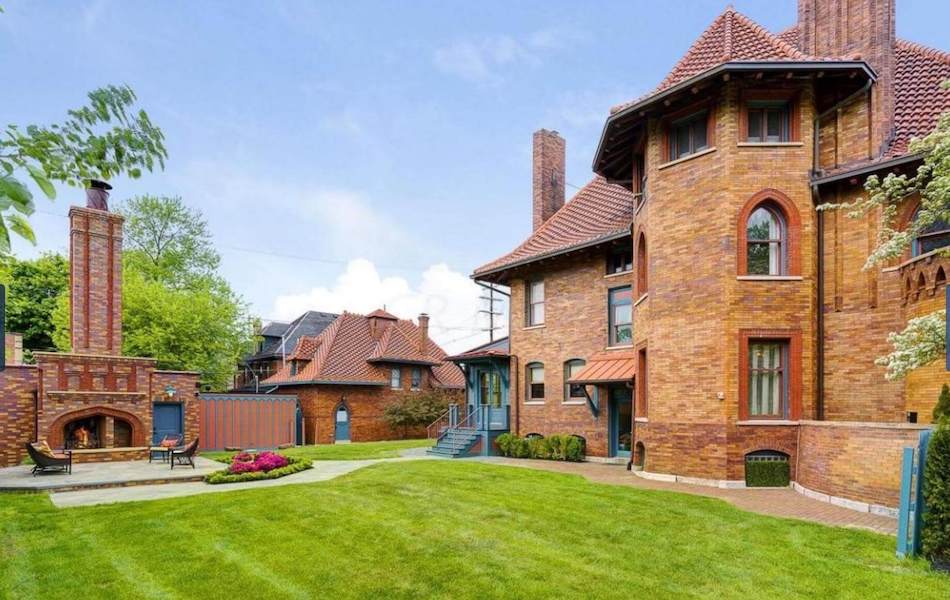 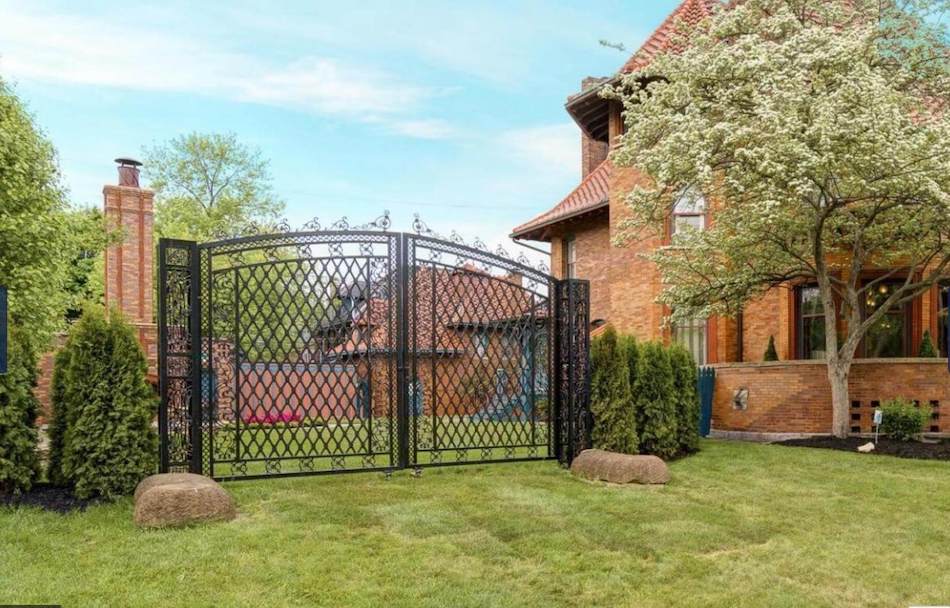 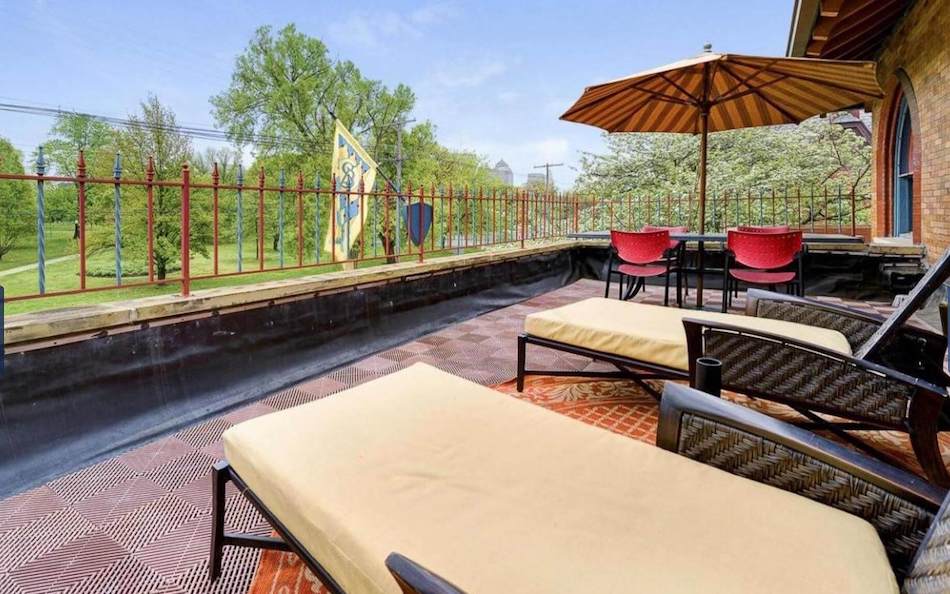 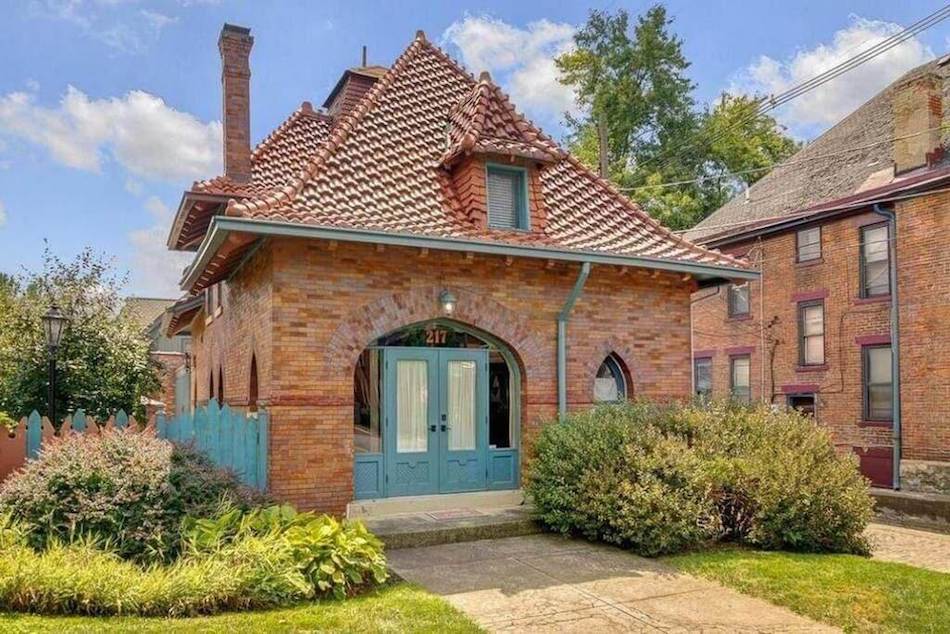 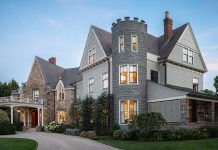 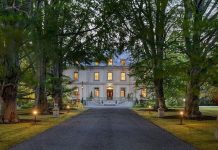