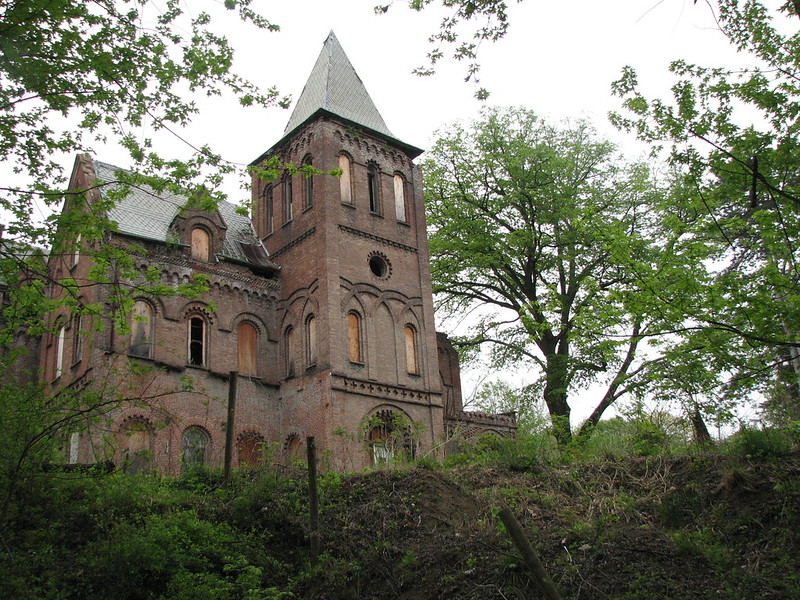 Originally called Rhinecliff and constructed in 1853 in the Norman style for socialite Elizabeth Schermerhorn Jones as a weekend and summer residence. It was designed by

architect George Veitch with master mason, John Byrd, executing the ornamental brickwork. Following Jones death in 1886, the mansion and the 80 acres it originally sat on was sold to Andrew Finck for $80,000. The property remained in the Finck family for several decades, becoming known as Linden Hall or Finck Castle, before eventually selling to Nissan S. Hanoka, Rebecca Hanoka and Mrs. Victori Hazen in 1927 for $100 plus a $5,000 mortgage. Abandoned since sometime in the 1950s, the land was subdivided over the years, leaving the dilapidated mansion on a much smaller 2.5 acre parcel. Several portions of the structure have collapsed after nearly 70 years of being abandoned. The property sold in 2003 with the new owner announcing plans to restore the house. Sadly, these plans never materialized. It sold again in 2016 at auction for $120,000, the new buyer filed an application to demolish the failing structure. It’s unknown what the current state of the property is. All black and white photos by Historic Structures. 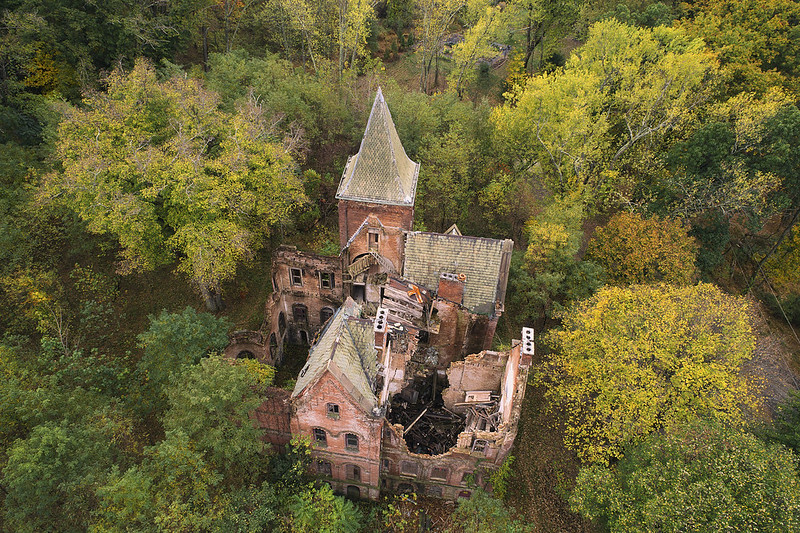 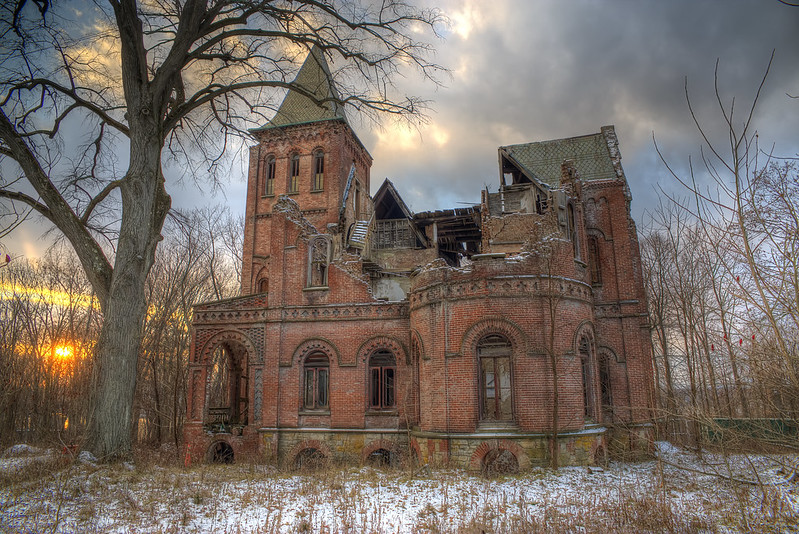 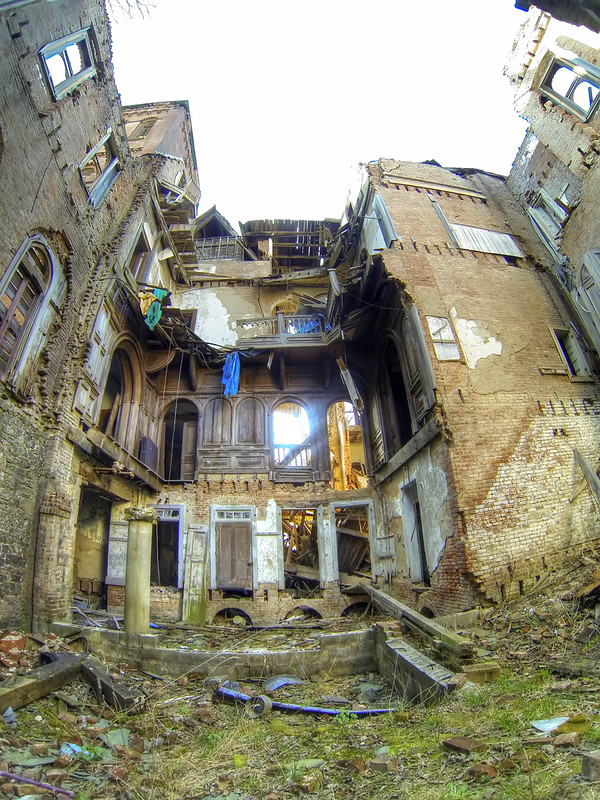 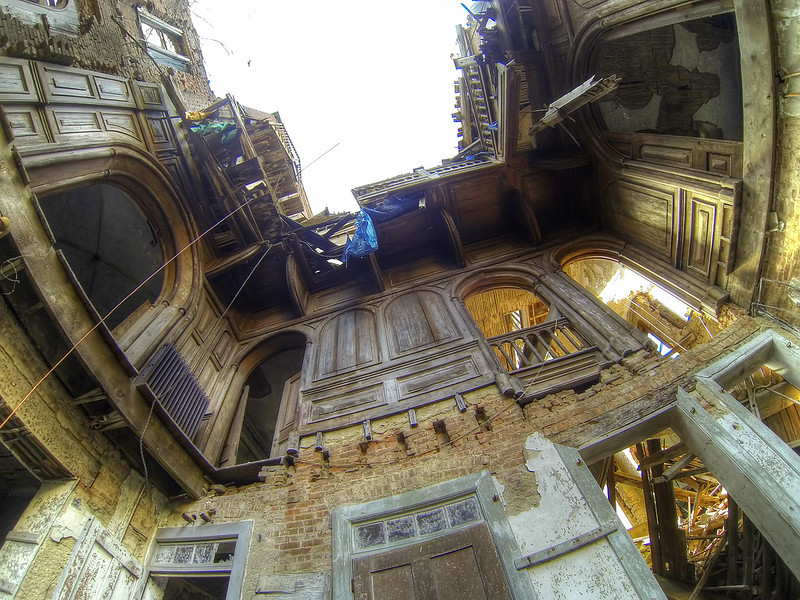 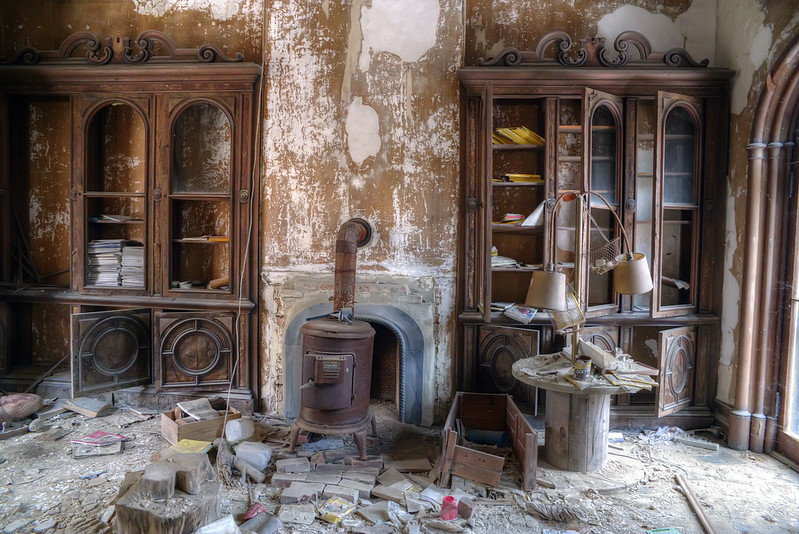 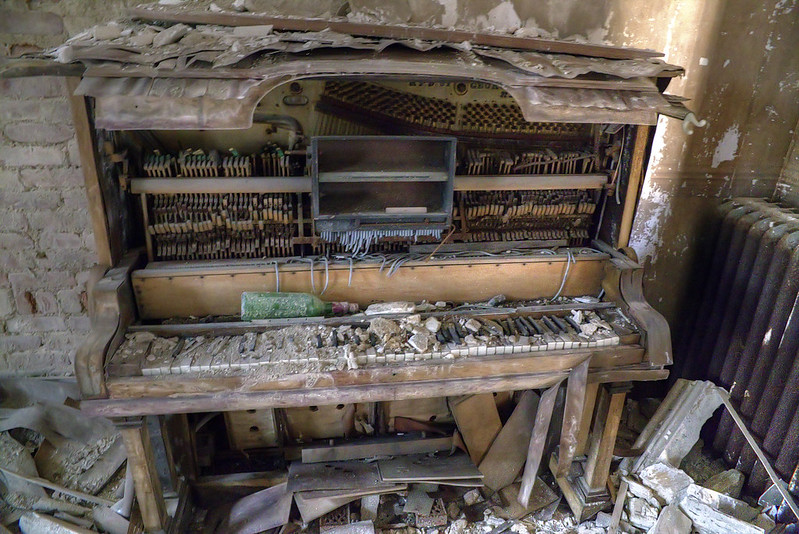 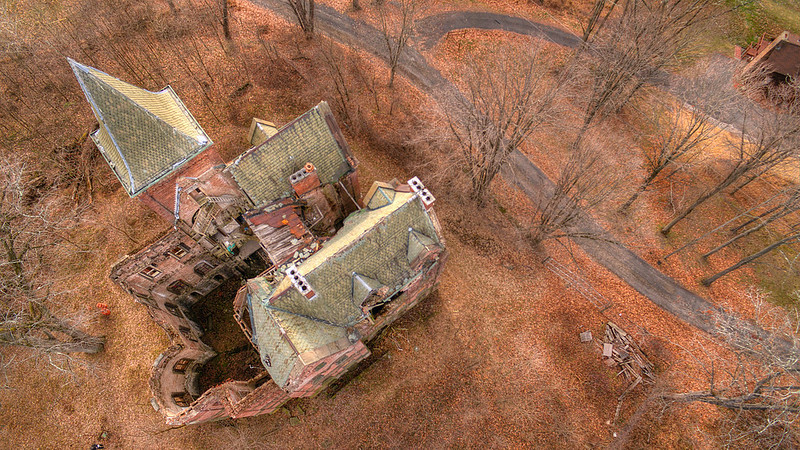 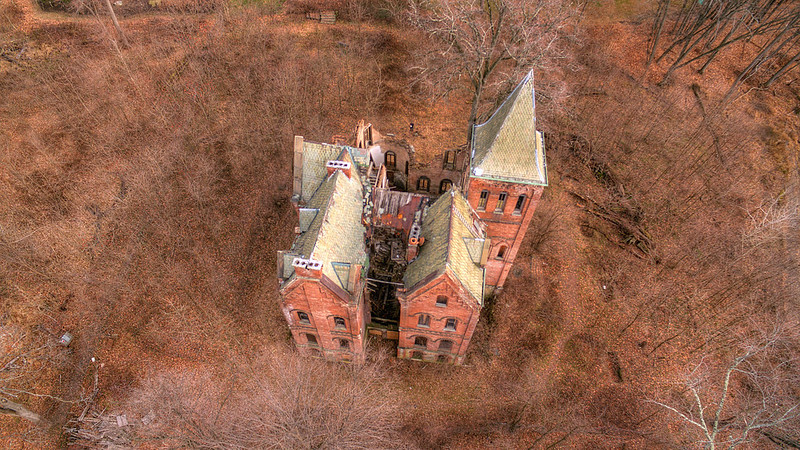 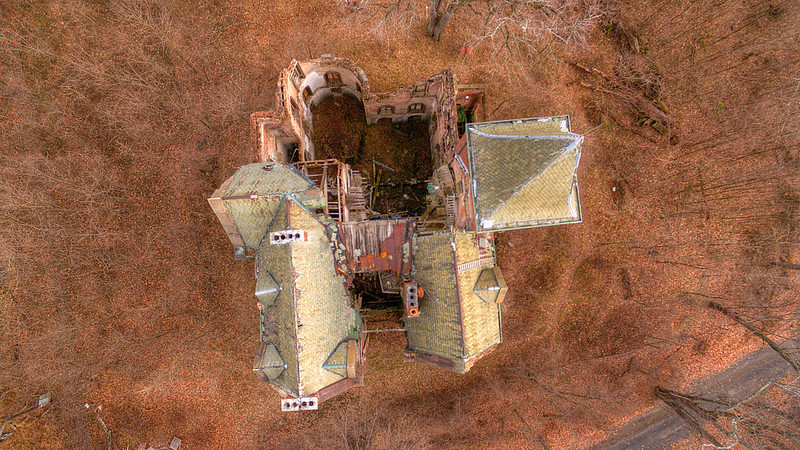 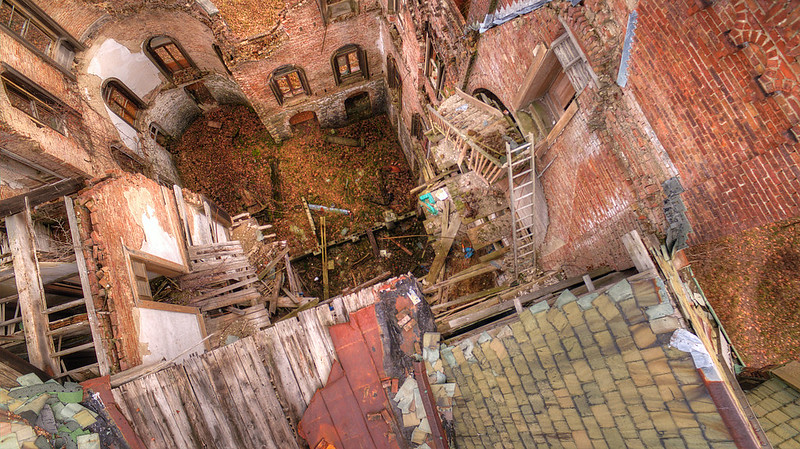 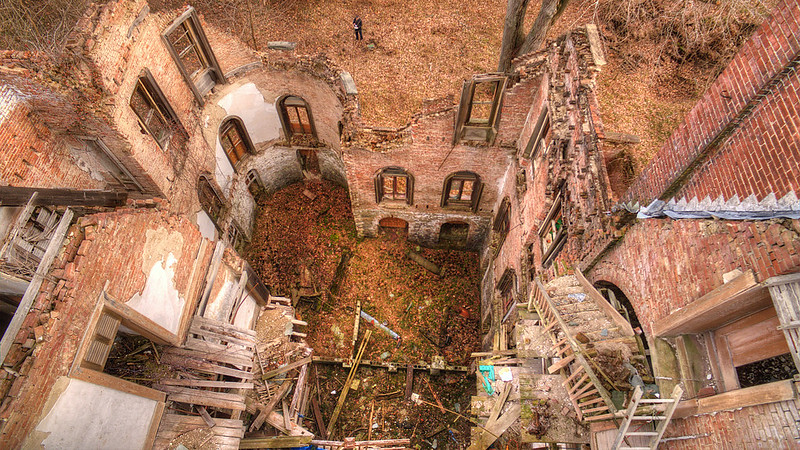 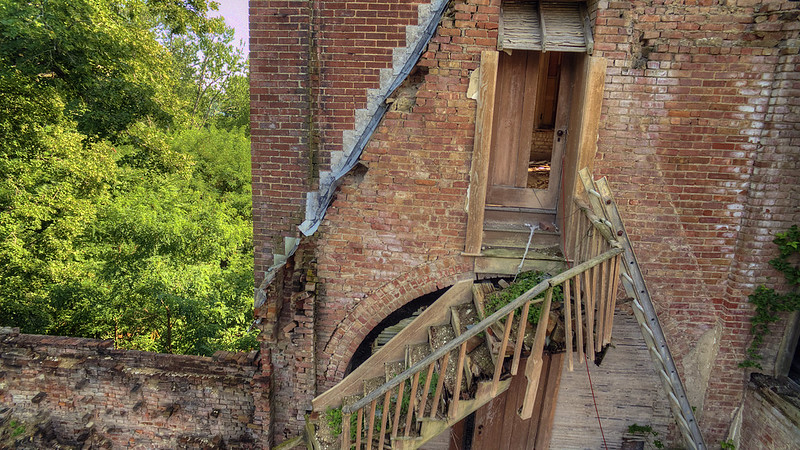 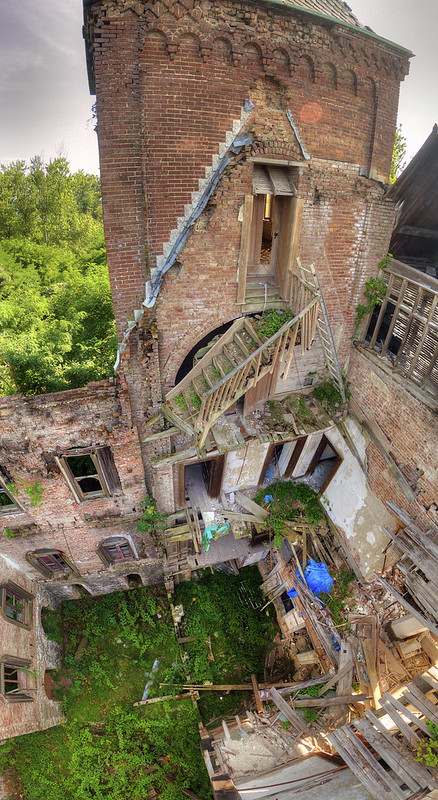 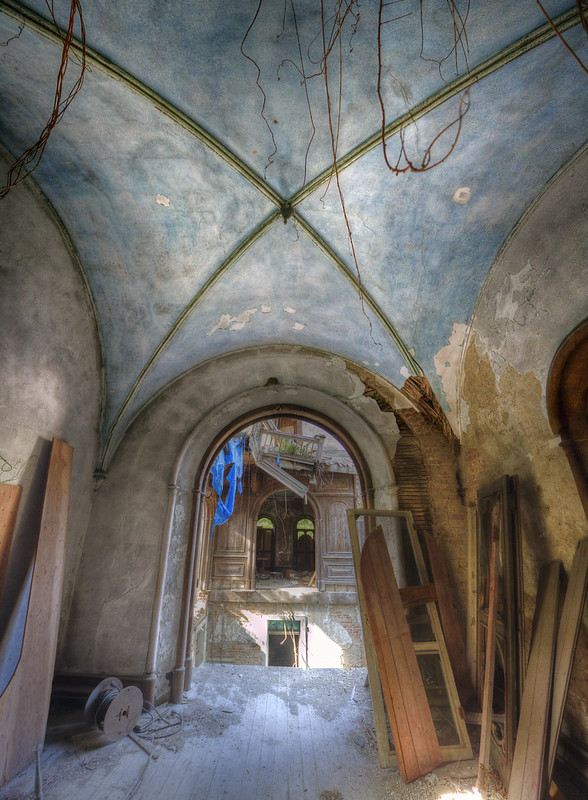 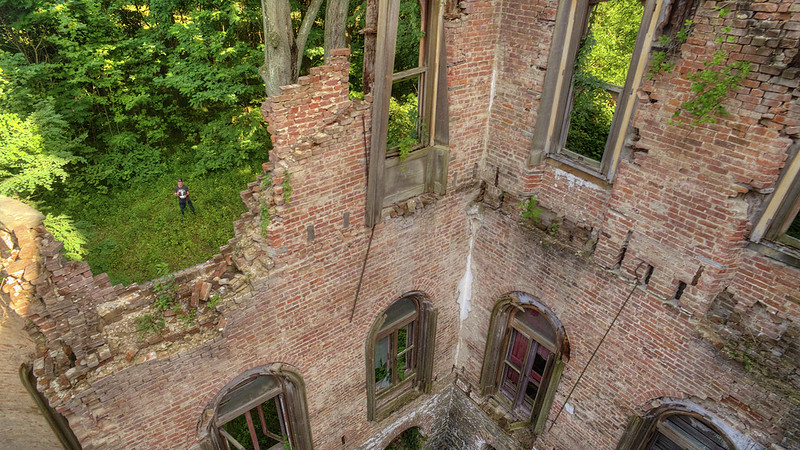 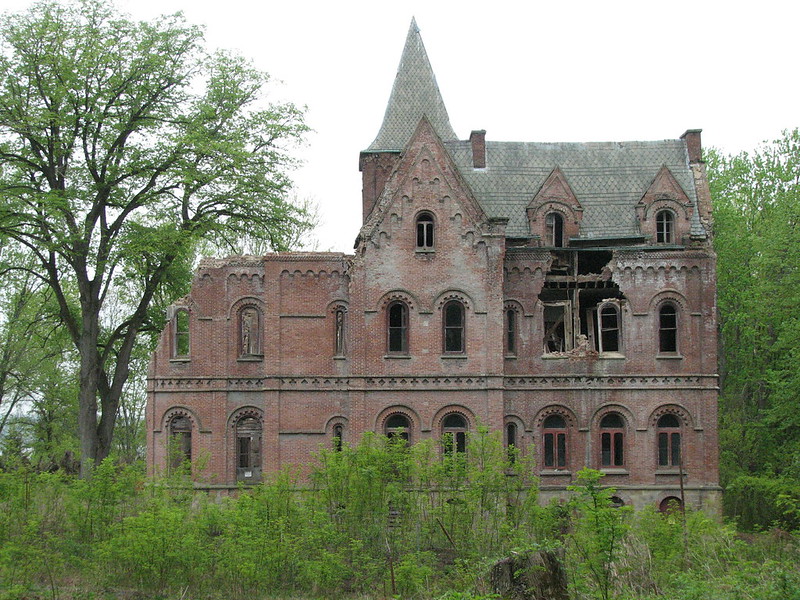 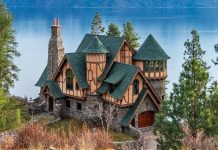 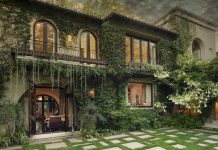