One of Los Angeles’ most well known private residences has sold for $102 million according to Forbes. The 50,000 square foot mansion was commissioned in 1996 and completed in 2002 by architect Richardson Robertson III of Robertson Partners. It first came on the market in 2007 for a mind blowing $125 million after owners Suzanne Saperstein & David Saperstein split up. LA Curbed reports that the sale makes this the most expensive real estate transaction in Los Angeles County and that the buyer paid cash. Los Angeles Times initially reported that the buyer was a French billionaire but later noted that the grand deed obtained by The Times shows the taxes will be mailed to Milken Institute in Santa Monica. The 50,000 square foot mansion is set on a 4.6-acre estate and is said to include 12 bedrooms, 15 bathrooms, and ballroom. It’s also been featured in several feature films. 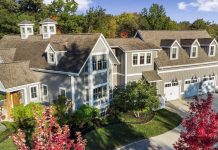 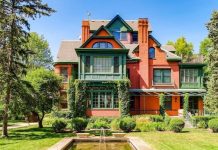 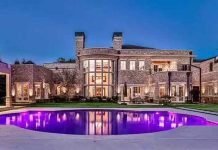 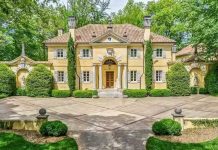 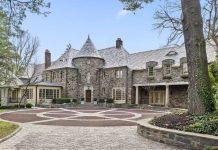 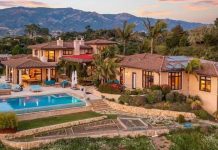