Impressive Subterranean Mansion Yet to be Built

Developers first announced this impressive fully subterranean residence a few years back.  There was a buzz that several athletes and celebrities were interested in shelling out £2,000,000 to call this paparazzi proof shaft home.  Three years later and this is still a dream.  The developer, Huntsmere, still has the property available to purchase which would include the typical living quarters such as a gourmet kitchen, and spacious living room.  Where it gets extra unique is in the master bedroom, which includes a tunnel slide leading to the swimming pool, jacuzzi, and atrium above!

The dialetics of architecture and landscape, light and shade, inside and outside are at their most exhaltant in this building.  They are not separate.  Their limits define and celebrate each other.  In listening and enquiring to the site, it has, in its own way, guided how the design should manifest.  The radial form of the building carefully and respectfully responds to the embrace of the site’s densely vegetated boundary.

The design pivots on a central axis with an entrance ‘folly’ directed to greet its neighbour whilst sharing its architectural demeanour.  A laurel hedge encloses an ornamental and classically influenced privet garden that resonates with the site’s surroundings.  Vista opportunities are offered through the folly in to the central courtyard garden upon entering the building but can only be traversed following a journey through the space below.

The thoughtfully crafted incisions in the ground penetrate the space below with natural light to create a theatrical and sublime narration of the elegant and sweeping forms which are transformed in each season and each day of the year, each hour of the day, and each moment. 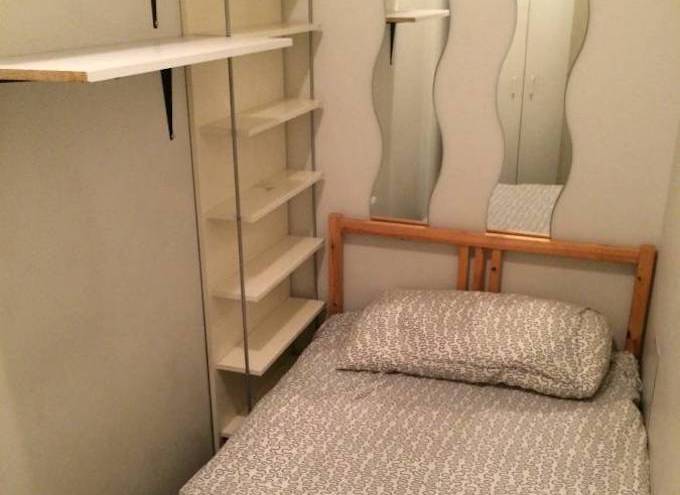 Alternative Living: 7 Closets You Can Rent in Vancouver, B.C. From $600/Month (PHOTOS)