This sprawling estate in set in a guard gated private community in one of the richest areas of Cherry Hills Village, Colorado.  It is one of the first homes you pass when driving down Cherry Hills Park Drive.  Based on this aerial image one could assume that the owners of the mansion also own the expansive landscaped lot right next to it.  Perhaps it’s an investment property that will be sold in the future. 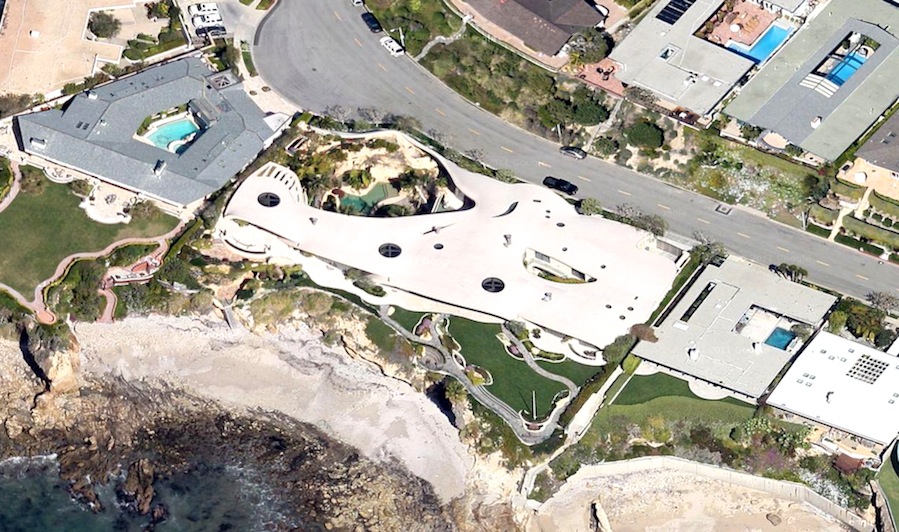 The famed Portabello Estate on Brighton Road in Corona Del Mar is one of the nation’s most unique private homes.  The sprawling mansion originally came on the market with an asking price of $75 million before selling for just $34.1 million.  It is set on three oceanfront lots and offers 22,000 square feet with a 2,000 square foot master suite featuring two bedrooms & two bathrooms.  The mansion has been featured on several television shows including The Oprah Winfrey Show, and most recently HGTV’s Million Dollar Rooms.  The most unique area of the home is the lower level which is designed to mimic a small town.  The space includes a state-of-the-art home theatre, a diner, a jewellery store front, bowling lanes, and an automobile museum with full automotive shop.  Click here to see a full set of photos. 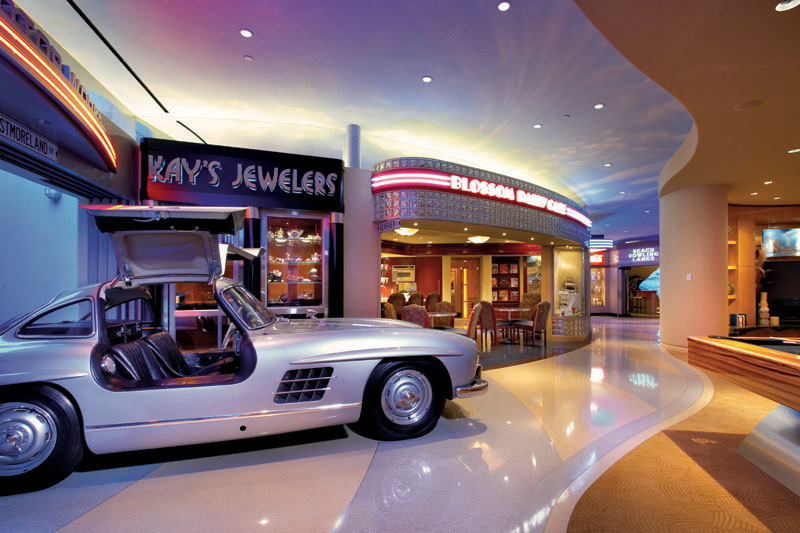 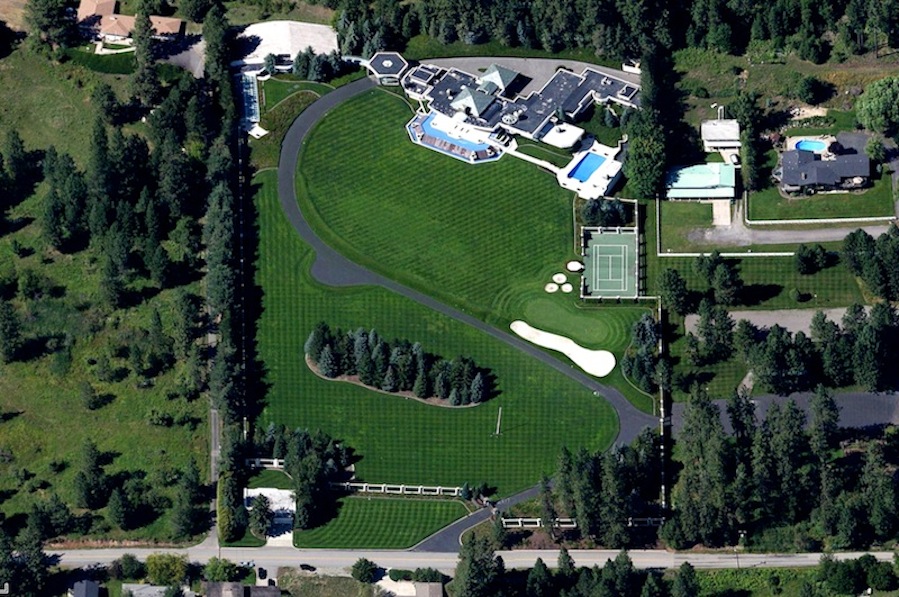 
Set on 15.25 manicured acres in beautiful Coeur d’Alene, Idaho is the Hagadone Estate owned by Duane Hagadone.  Described as an entertainer’s dream estate with indoor and outdoor amenities, this place is sure to impress.  It was originally listed at $27.5 million before heading to auction with J.P. King in late 2011.  Despite the low reserve price of $7.5 million, the mansion failed to sell.  A spokesperson for the auction house said one person made an offer, but Hagadone declined.  Features include indoor & outdoor tennis facilities, indoor & outdoor swimming pools, a bowling alley, 10 fireplaces, helipad, and putting greens. Click here to watch a video tour of the mansion. 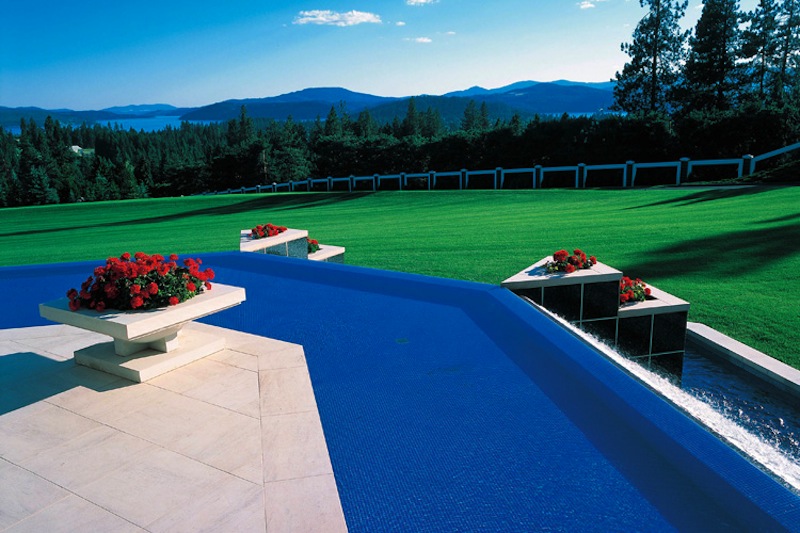 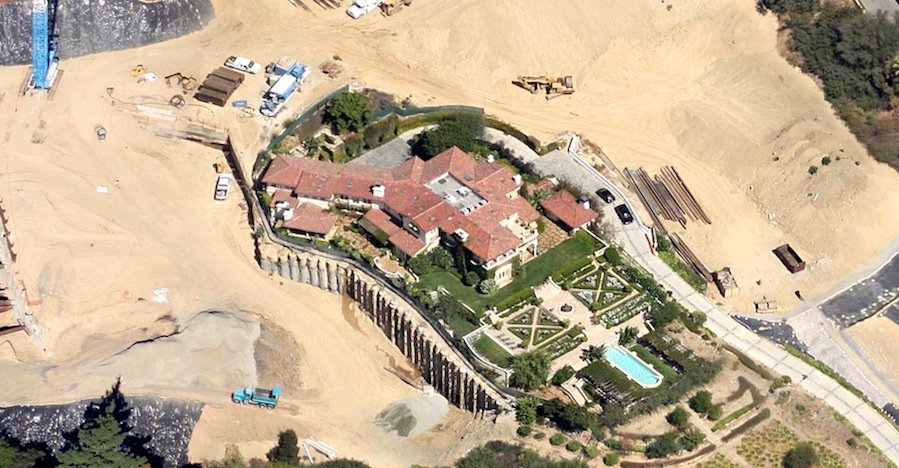 There isn’t a lot of information on this sprawling Mediterranean style mansion on St. Cloud Road in Bel Air, California.  It appears that the homes that originally sat around it were torn down to make way for some sort of super development.  We can’t help but feel bad for the owners of the Mediterranean mansion. 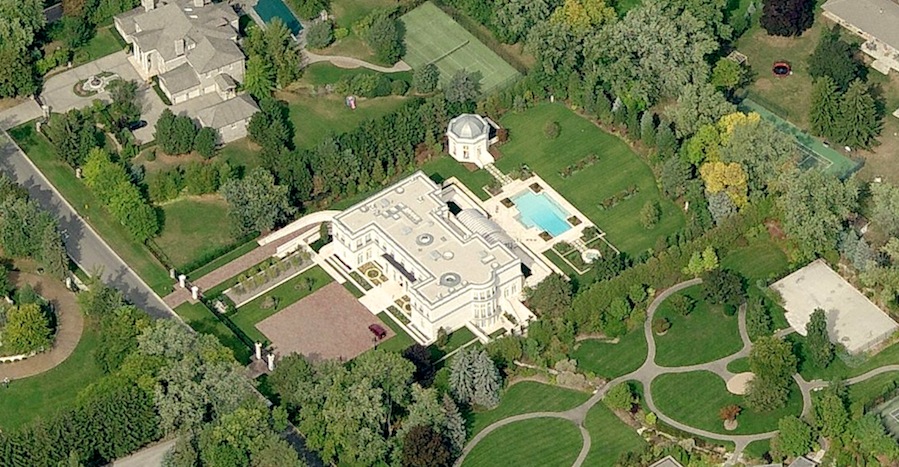 This stately residence is located on High Point Road in Bridle Path, one of the most prestigious areas of Toronto.  Bridle Path is filled with multi-million dollar mansions on large manicured grounds.  The area is often referred to as “Millionaire’s Row.”  This is one of the stateliest on the street. 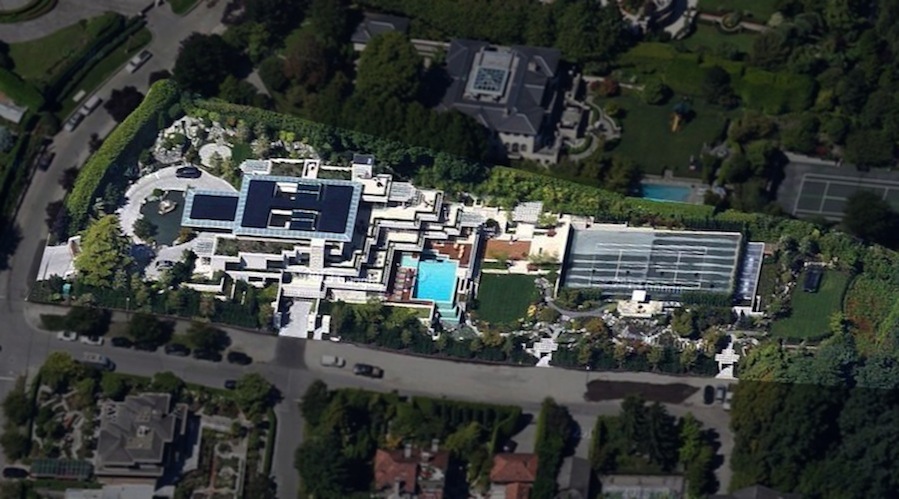 Belmont Avenue is pegged with mammoth estate homes but nothing compares to what sits at 4707.  Labeled as the most expensive residence in British Columbia by BC Assessment, 4707 consists of an expansive 25,000 square foot mansion on 1.7-acres valued at $39,269,000.  The residence is said to include 10 bedrooms, 17 bathrooms, a 13,000 square foot lap pool, and a 4,700 square foot squash court.  There is said to be nearly 45,000 square feet of developed space, which took six years to complete.  The current owners purchased the lot in 2005 for $8.7 million cash.