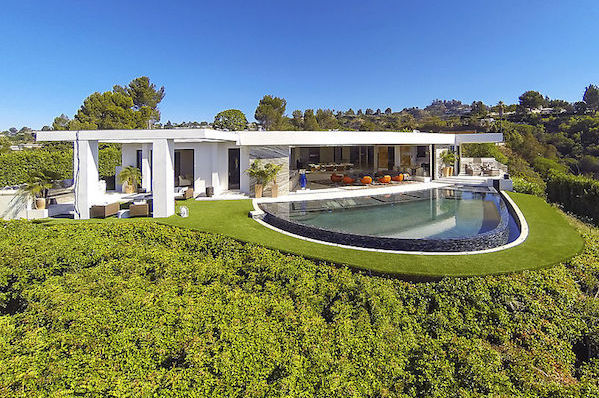 The most expensive private home in recent years to come on the market in Beverly Hills created havoc when it was listed at a mind-blowing $85-million.  The 23,000 square foot spec mansion was staged to the nines complete with Bentley living room set, iconic Hollywood memorabilia, a chef’s dream kitchen with disappearing wall overlooking Los Angeles, an impressive garage filled with exotic vehicles, and even a candy room.

In September of this year TMZ reported that Beyoncé & Jay-Z, whom have a combined net worth of close $1-billion, had visited the posh mansion several times over the summer expressing interest in the possibility of purchasing it.  Clearly they took too long deciding.  Swedish billionaire Markus Persson best known as the creator of Minecraft has reportedly snagged the mansion in a bidding war for a cool $70-million. Persson is a video game programmer and designer who co-founded Mojang and went on to sell it to Microsoft for $2.5-billion. One of the agent’s involved with the sale noted, “Markus fell in love with the house, its sleek contemporary design and its spectacular panoramic views that sweep from downtown LA to the Pacific Ocean. The fact that the house also was completely furnished in such great style was another major selling point for him.”