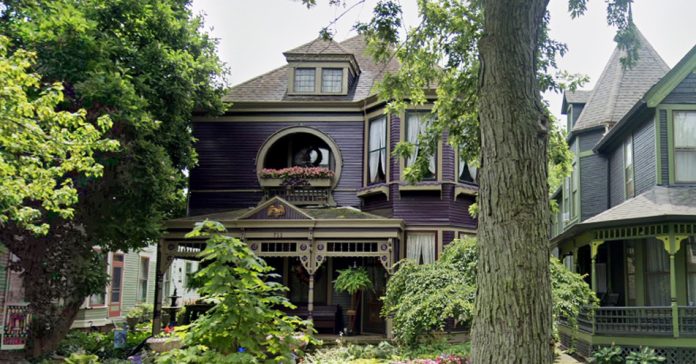 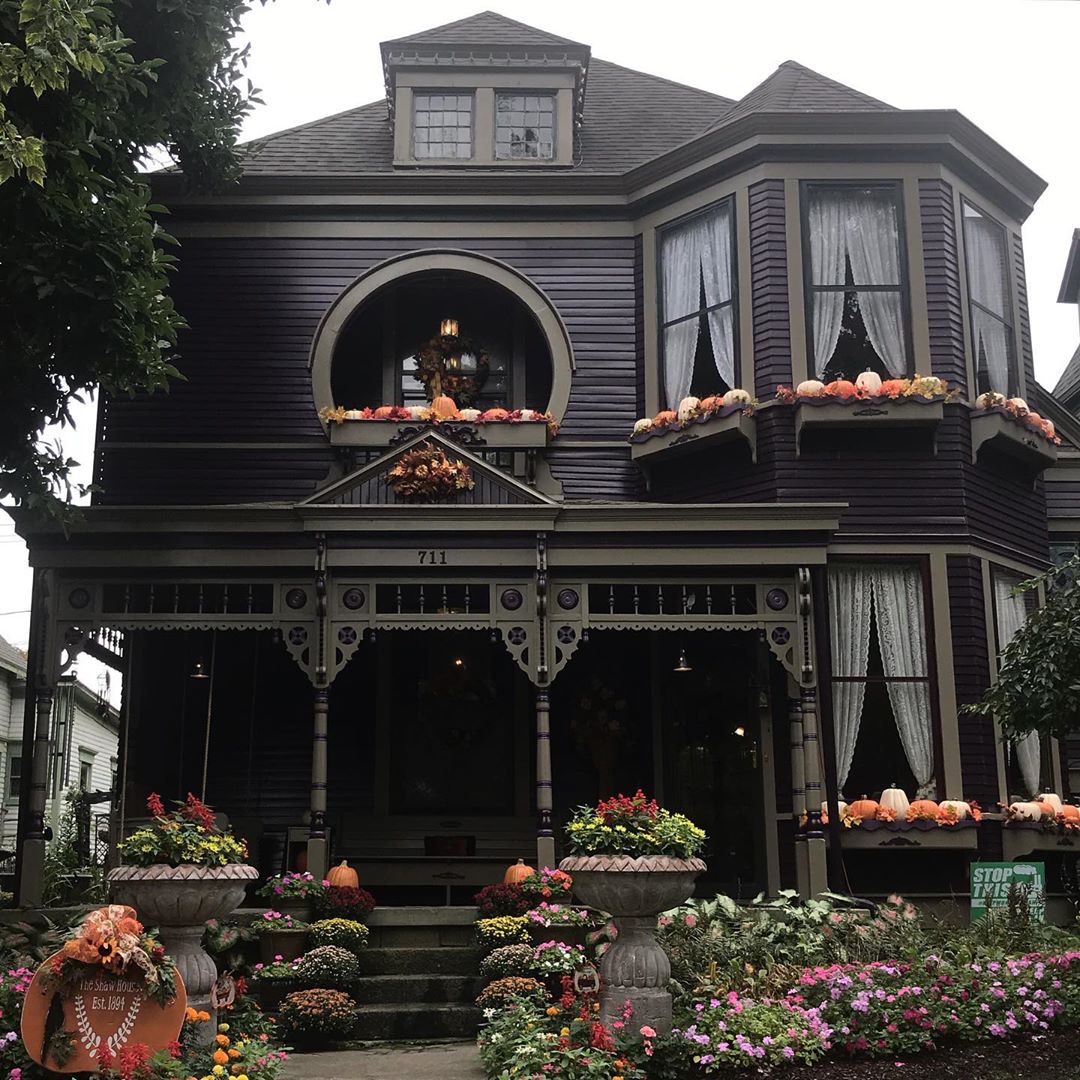 Fall is right around the corner and this lovely Queen Anne Victorian in Muncie, Indiana is the perfect home to decorate for Halloween! Brianna of CreatureDoom on Instagram posted the dark purple Victorian covered in pumpkins and surrounded by flowers. We found another photo by Ruth Jones Miller showing the home dressed up for the 4th of July! We can only assume that the homeowners decorate for each holiday and can only imagine what their Christmas display might look like! The two and one-half storey Queen Anne Victorian was built in 1892 and includes a lovely front porch and circular porch frame on the second floor. The original owner was Lee Shaw, hatter and secretary for Muncie Natural Gas Co. Later owners included the Ross family. The home is in the gorgeous Emily Kimbrough Historic District. The District was named after author and journalist Emily Kimbrough, who spent much of her childhood in the District. Her former home, located at 715 East Washington, is still standing today. Muncie and her old “East End” neighbourhood are reflected in much of her writing.

The District contains several of Muncie’s significant late Victorian Architecture and Post-Victorian houses, many of which were designed by local architects. Many of the homes built after 1886 were more Italianate architecture, which was a largely popular style in Indiana during the 1870s and 1880s. Styles such as Queen Anne, Free Classic, and Colonial Revival are also very popular in the neighbourhood. 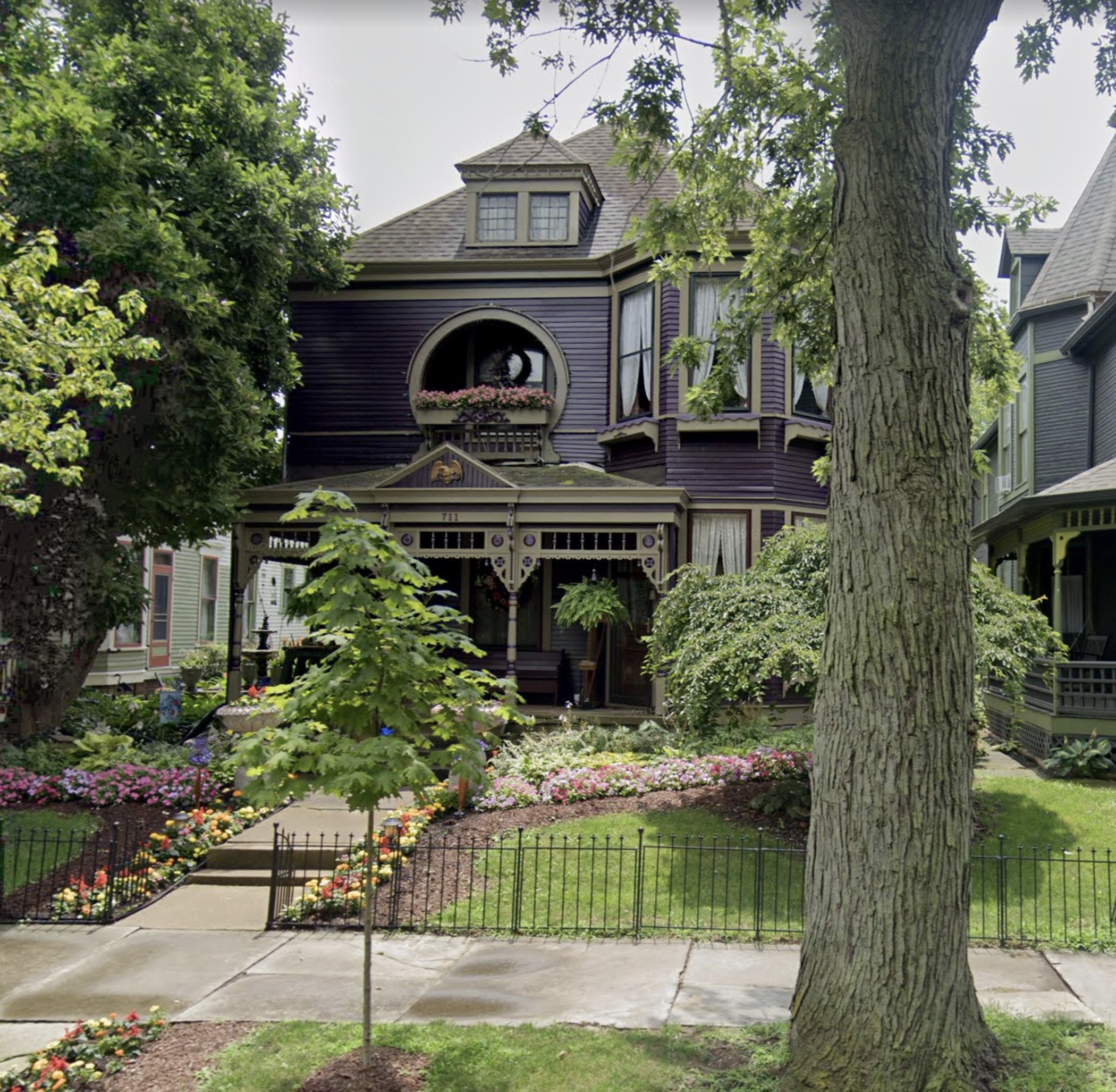 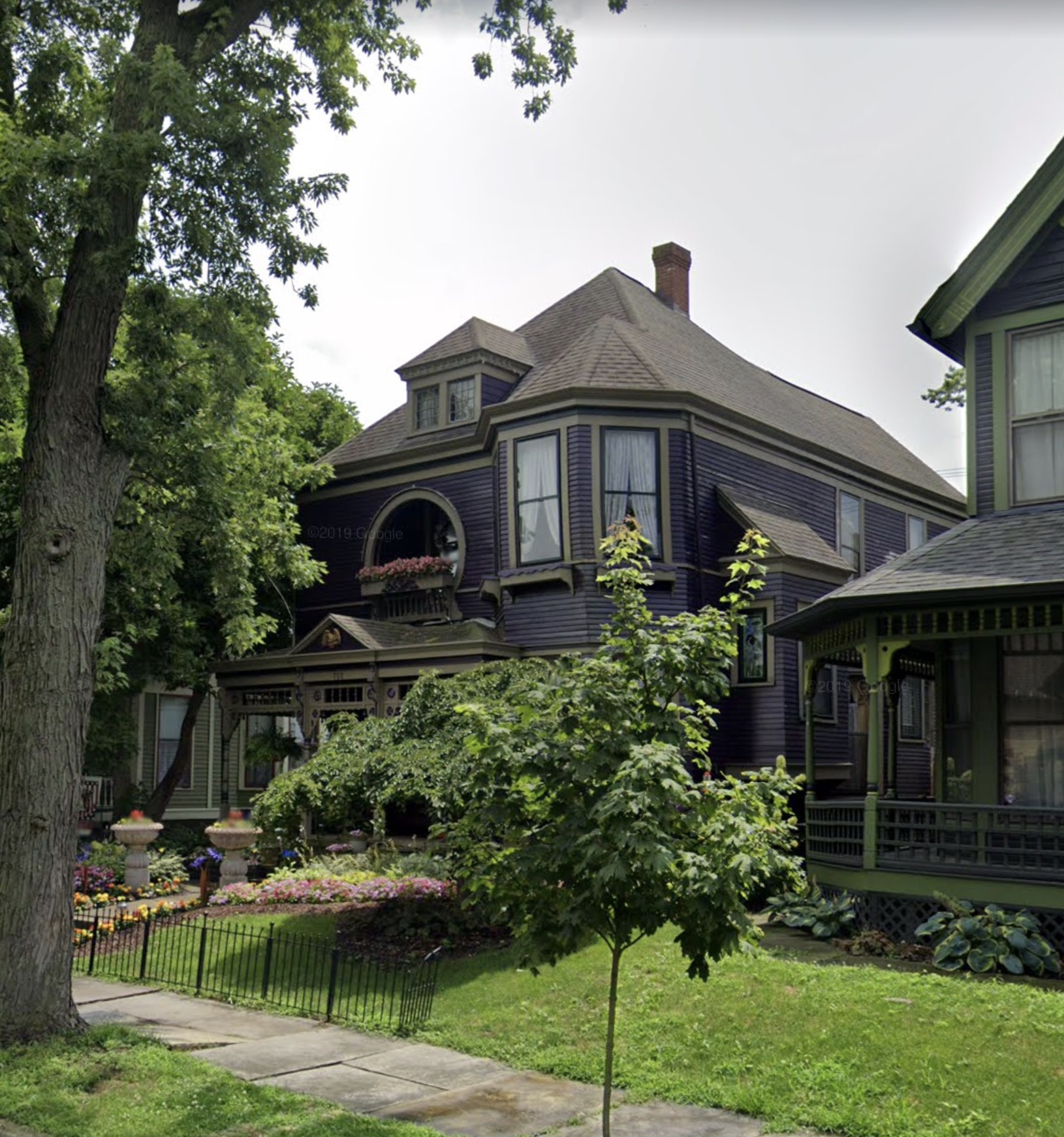 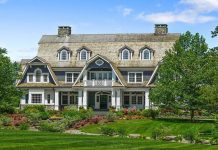 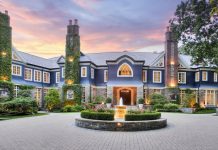 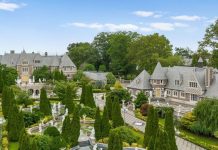