A Chinese billionaire with a love for history & preservation has followed through with his plans and finished a five-year restoration of one of Vancouver’s largest historic properties, The Rosemary. Mingfei Zhao, a retired property developer from Beijing, purchased the derelict mansion in 2014 for $11 million CAD with big plans for the future. The Rosemary was designed by architects Samuel Maclure and Cecil Fox and built in 1910 for liquor tycoon Albert Edward Tulk. At the time of construction, it was said to be the largest and most expensive house in British Columbia. The Province reported that the house took nearly a decade to build with permits showing the 14,200 square foot main house and 2,200 square foot carriage house costing $75,000 and a detached greenhouse an additional $3,500. Restored interior details include beamed ceilings and walls panelled in mahogany, walnut and oak, a grand oak staircase, 11 fireplaces and new modern upgrades such as a La Cornue/Gaggenau kitchen with rosewood island, separate caterer’s kitchen and luxurious bathrooms throughout.

Listing details: One of a kind Tudor Revival mansion is situated in the heart of Shaughnessy, built on a huge 0.90 acre lot, fully renovated, respecting the original Tudor style and combining with the modern day comfort to satisfy the needs of a new owner, namely you. Main building features 4 levels with 2 separate staircases, 9 bedrooms, 12 bathrooms, and extra high ceiling with its oak carved grand staircase at entrance to this magnificent home. Attached coach house has 3 bedrooms, 2 bathrooms, own kitchen and private entry. Back patio comes with a beautiful rose pergola connecting to a lovely tea house in the end of the brick pathway. The backyard’s high end BBQ equipment set is ideal for large groups gathering. The unique elegant Heritage property with historical stories and fresh elements awaiting to entertain and spoil you. The Rosemary is on the market for $19.98 million CAD with Yvonne Lu of Royal Pacific Realty Corp. 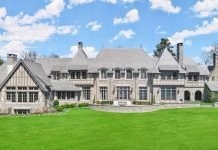 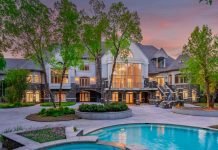 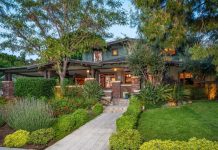 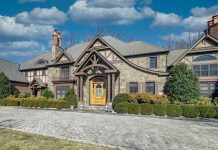 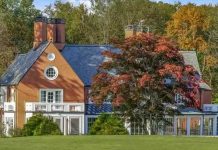 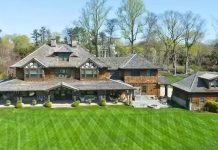