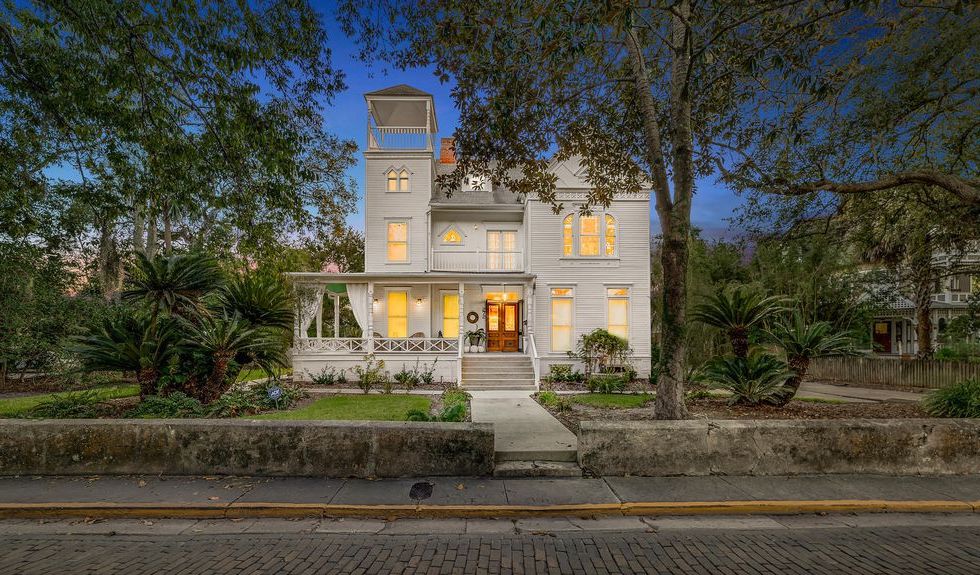 A lovely late 19th Century Victorian home on the historic brick paved Saint George Street in Saint Augustine’s Historic Downtown has sold for $1.2 million after listing in 2018 for $1.4 million. You can’t help but stop and admire the imposing exterior with large front porch, second storey balcony and even a fourth floor lookout tower. As Between Naps on the Porch pointed out, the historic Hibbard House shares a striking resemblance to the fictional set house in the 1998 film Practical Magic. While not quite as charming as the one from the film (in our opinion), this real-life Florida home offers all kinds of historic charm and detail of its own! The 3,600 square foot Victorian was professionally restored, bringing back life to many of the home’s fixtures, including woodwork, a three storey staircase, three fireplaces and mouldings throughout. There are four bedrooms and four bathrooms, an updated kitchen, updated bathrooms and a quaint backyard. Property records reveal the towering home last sold in August of 2017 for $938,800 – don’t worry, Circa Old Houses has a collection of photos from the previous listing.