The Wyck Estate, also known as Lilliothea, was originally built as a modest frame house and completely remodelled in 1912 by architectural firm Bigelow & Wadsworth and R.H.

Wambolt for George Robert White, philanthropist and owner of Potter Drug & Chemical Corporation. The 15,800 square foot residence with 11 bedrooms and 10 bathrooms sits on a 7.44 acre waterfront property with beach and dock rights and first hit the market in 2004 for $23.5 million. By 2007, the property was available as two separate parcels, the main estate for $14.75 million and a three-bedroom carriage house with six-car garage on 2 acres for $2.75 million. The carriage house reportedly sold for $2.5 million and the main house for $9.2 million in 2010. On Google Streetview you can catch a great view of the main house from the service and delivery entrance which also features a newer eight-car stone carriage house designed by Peter Pennoyer Architects and built by The Lagasse Group through 2019. The two firms worked together on a handful of projects around the property including the carriage house, tennis court and adjacent pavilion and a custom Pebble Tec pool and pool house. Historic photos found on Beyond the Gilded Age from American Architect & Architecture, 1917 and The American Architect, 1917. This property is not for sale.

Last fall our team finished this custom pool using @PebbleTec. Swipe to see the final product. Follow us to catch all of the updates on this project! Architect | @PeterPennoyerArchitects #TheLagasseGroup

This 8-car carriage house is nearly complete. To see just how far we've come, swipe to take a look at the site before the structure was in place. Architect | @PeterPennoyerArchitects #TheLagasseGroup 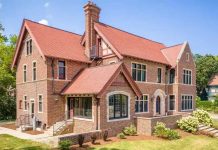 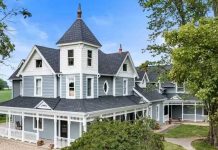 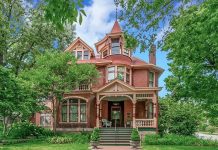 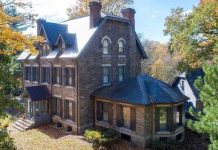