American football quarterback Tom Brady and wife, Brazilian model, activist and businesswoman Gisele Bündchen have finally sold their Brookline retreat after a turbulent few years on the market. Realtor reported the off-market deal, no information regarding a sale price has been published. The power couple commissioned architect Richard Landry to design the 12,112 square foot home on 5.24 acres in 2015. It hit the market in 2019 for $39.5 million and quickly dropped to $33.9 million before being taken off the market at the beginning of 2020. Realtor reported that a buyer surfaced at the end of 2020. Interior designer Joan Behnke & Associates designed the interiors which include a bright and airy floor plan with formal dining room, large living room and an eat-in gourmet kitchen. There is a grand stairwell, kid’s play room, wine room and a total of five bedrooms, five full and one half bathrooms throughout. The property also includes a detached 2,400 square foot guest house with yoga studio. This isn’t the first time Brady has commissioned Landry to design a custom home for his family. The couple commissioned Landry to design a substantial 14,000 square foot classical manor on 4 acres in Brentwood, California before relocating and selling the property to Dr. Dre in 2014 for $40 million. Brady and Bündchen had more recently been renting Derek Jeter’s nearly 22,000 square foot waterfront English-style manor in Tampa, Florida – which is currently on the market for $29 million. 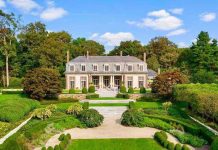 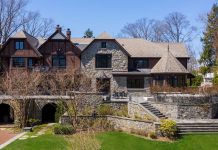 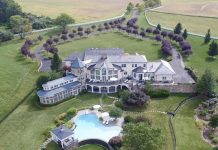 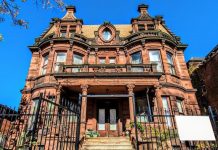 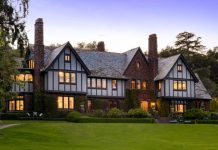