A sprawling Young & Young Architects designed residence on a 4.58 acre estate overlooking Barton Pond in Ann Arbor, Michigan has sold for $3.75 million. The 9,648 square foot home was previously on the market for $6.95 million in 2016 and most recently for $4.95 million. It was designed by Michigan-based architects Young & Young and was built over three years for Dave Brandon, former CEO of Toys R Us and Domino’s Pizza. Features include water and nature views with an abundance of glass, custom lighting, gallery halls, cantilevered terraces and beautiful natural elements. The interiors showcase superior craftsmanship and intricate details with a total of six bedrooms including a master wing with fireplace, spa bath, dressing rooms and private access to dual offices. There’s also an elevator, multiple terraces, sunroom, chef’s kitchen, theater, billiard room, wine cellar and garage space for eight vehicles. The lower level hosts a large fitness centre with steam room, sauna and hot tub. According to the Detroit Free Press, the home is named Ever After and includes an engraved plaque at the property’s entrance gate stating, “Once upon a time a talented group of people came together to dream, and to design and build a place like no other. Ever After is the culmination of the work of those gifted people who spent years creating a place the Brandon’s (sic) could live … Happily Ever After.” Brandon resigned as CEO of Toys R Us in May 2018 after Toy R Us filed for Chapter 11 bankruptcy in September 2017. He reportedly earned $11.25 million in compensation from Toys R Us in 2017. 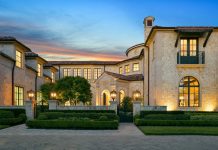 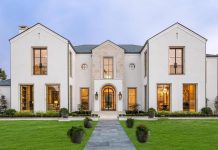 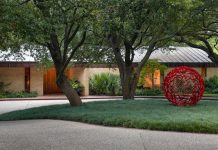