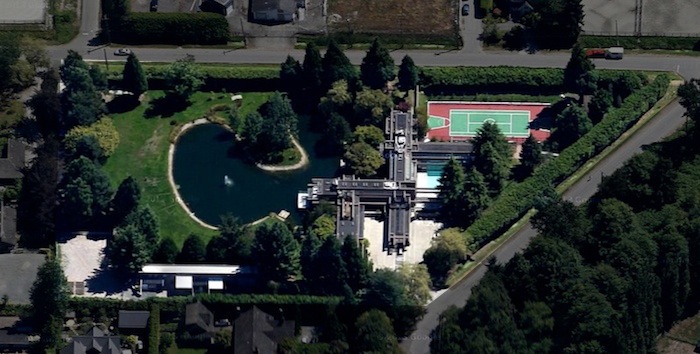 Geek Charming is a 2011 Disney Channel Original Movie based on the novel of the same name by Robin Palmer.  The film stars Sarah Hyland and Matt Prokop.  It’s set in Washington State but is actually filmed in and around Vancouver, BC.  Hyland’s character, Dylan Schoenfield, and her father reside in a unique mansion which is a real life mansion in the prestigious Southland’s area of Vancouver called ‘Mandala’.  The 17,500 square foot residence was originally designed by Dan White MAIBC in 1981 and later renovated in 1999 by West Vancouver Architect Brian Hemingway. Architect Brian Hemingway noted that the new owners wanted a home that would bring together the esoteric principals of their Asian heritage with the architectural language of newfound Canada.  The exceptional private gated estate sits on over 3-acres of manicured gardens including a private lake, waterfalls, indoor and outdoor swimming pools, tennis court, an 8-stall stable, and separate caretaker’s residence. The home features a dramatic entry with circular door which leads to the formal entrance with beautiful staircase.  Other rooms of interest include a dining room with custom designed dining table with seating for 20, a dream kitchen with top-of-the-line appliances, and a private tea room with views of the water features. 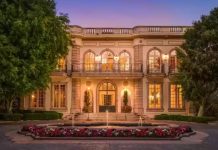 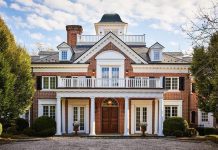 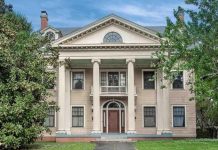 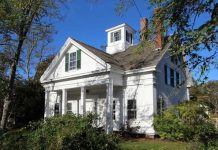