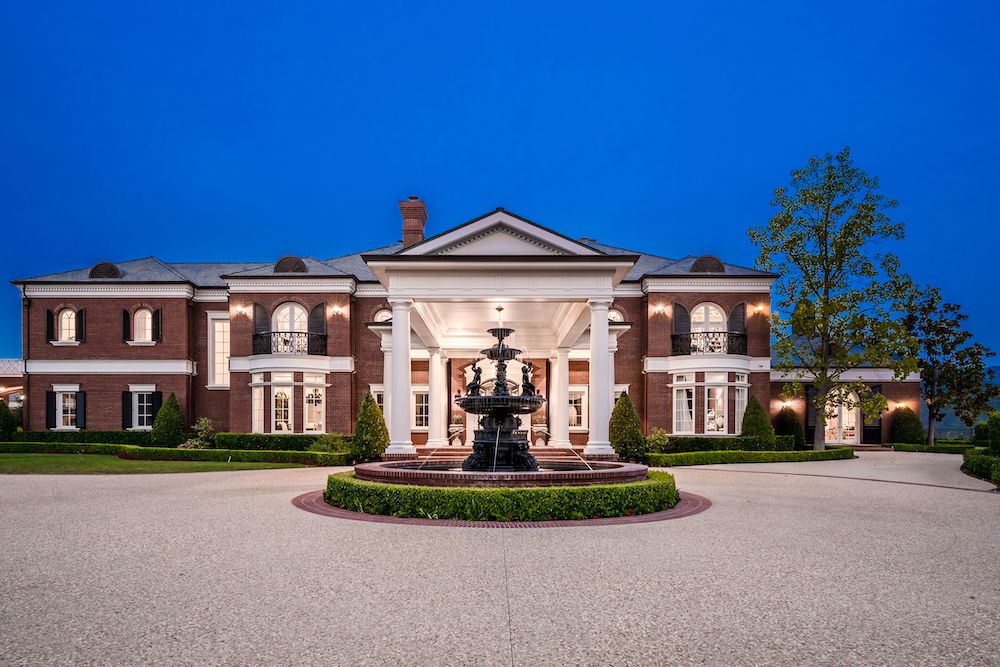 Retired NHL star Wayne Gretzky and wife Janet have put their impressive 13,276 square foot Colonial Revival residence on the market in Thousand Oaks, California for $22.9 million. Nicknamed “The Great One”, Wayne and his wife commissioned architect Richard Landry to design the home following his retirement and according to The Wall Street Journal, sold it in 2007 for $18.5 million before buying it back in 2018 for $13.5 million. “We first experienced and loved the Southern California lifestyle during Wayne’s tenure with the L.A. Kings,” Ms. Gretzky told The Wall Street Journal in an email. “So when Wayne retired in 1999, we decided that there was no better place to raise our children than here in Southern California.”

The timeless estate offers the utmost in luxury, privacy and security. The 13,276 square foot Colonial Revival is newly remodelled and showcases elegant craftsmanship with no detail overlooked. Enter through the gated entry and arrive at a circular motor court with stunning 360-degree panoramic views of the Santa Monica Mountains and Lake Sherwood. Amenities include a primary suite with sitting room and dual baths, screening room, fitness facility, billiards room, office, championship tennis court, outdoor entertainment areas, wood-burning pizza oven, wood and gas barbecue and formal gardens. There are a total of 6 bedrooms and 8 bathrooms as well as 2 guest homes! Wayne Gretzky’s playing career spanned 21 years, playing for teams such as the Edmonton Oilers, St. Louis Blues, New York Rangers, Indianapolis Racers and the Los Angeles Kings. It’s on the market for $22.9 million with Arvin Haddad of The Agency. 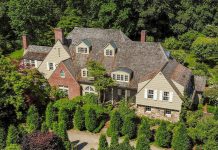 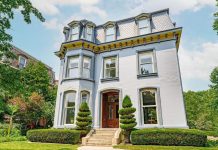 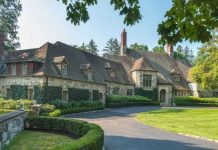 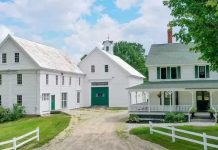 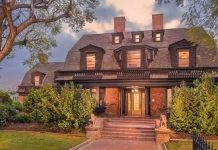